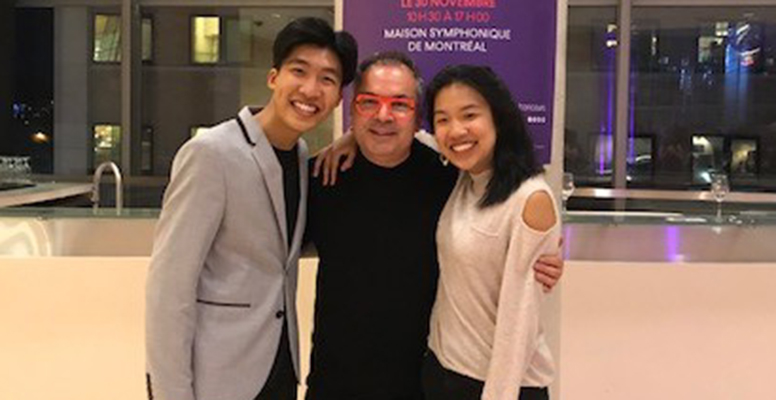 Just a few months after his recent triumph at the venerable Orchestre Symphonique de Montréal’s (OSM) 80th music competition, 22-year-old Ottawa-born cellist Bryan Cheng joins Symphony Nova Scotia between a pair of solo performances with two of Canada’s best known symphony orchestras: the Elgar Cello Concerto with the National Arts Centre Orchestra (January 29 & 30, 2020) and the Dvořák Cello Concerto with the Orchestre Symphonique de Montréal (February 27, 2020). Currently playing on the Canada Council Instrument Bank’s 1696 ‘Bonjour’ Stradivarius, Bryan was the first-ever cellist to win the Grand Prize at the OSM’s National Competition, joining other notable winners such as James Ehnes (violin 1992), Angela Hewitt (piano 1969), and Louis Lortie (piano 1972). In addition to the Grand Prize, Bryan was awarded a residency at The Queen Elisabeth Music Chapel in Brussels during the 2020/21 season, a scholarship for the best performance of a Canadian work, the Orford Music prize, and about 10 other prizes and scholarships. He will be joined on stage by his sister, pianist Silvie Cheng, touring partner and other half of the acclaimed Cheng² Duo. As guest soloists with Symphony Nova Scotia, they will perform Beethoven’s Triple Concerto, also featuring our orchestra’s Assistant Concertmaster, Mark Lee.

Known for their exquisite sound and wonderful ability to connect with audiences wherever they go, Bryan and Silvie have also made it their mission to expand the cello-piano duo repertoire. During the Canada150 celebrations, they premiered a set of five pieces representing the five regions of Canada at the National Gallery in Ottawa. Each work was written by a composer of the corresponding geographical area. The piece representing Atlantic Canada – and composed by Acadia’s Derek Charke (Water Flows Serpentine) – was later presented in Halifax in May 2018 at the Lilian Piercey Concert Hall as part of the Cecilia Concert Series. Currently, they are working on a new project called Ludwig & Beyond for Beethoven’s 250th birthday anniversary, where they will tour some of the world’s major centres including Paris, London, Frankfurt… and Halifax is also on the radar! Together as the Cheng² Duo, they will be playing Beethoven’s five cello-piano sonatas, as well as three new works written for them by contemporary composers. Each new work is being inspired by one of the original sonatas. These concerts will include a piece by Dinuk Wijeratne, a musician well-known to us in Halifax and who was, until recently, conductor of the Nova Scotia Youth Orchestra.

The Cheng siblings are true artists of their time. They strive to stay relevant within the current music scene. This means that in an effort to reflect the music within their own career span, they connect with contemporary composers and find ways to commission works, thus offering the audience and themselves a chance to witness music being created and performed by people of the “now”. At the same time, they are adding to the Canadian repertoire, and this can only benefit our national music profile when history looks back on this.

Beethoven wrote one violin and five piano concertos, but he didn’t write any for the cello. The Triple Concerto is what comes closest in his repertoire to featuring the cello in a lead role with orchestra. The violin has many beautiful and lyrical passages and the pianist gives architecture to the whole piece. It will be a treat to hear this work at the Cohn, a first-ever performance of this gem by Symphony Nova Scotia. On February 13, 2020, Bryan and Silvie are back in Halifax, and this concert will be their first appearance together as soloists with a professional orchestra. It promises to be a remarkable moment of music-making for the duo, Mark Lee, and Symphony Nova Scotia.