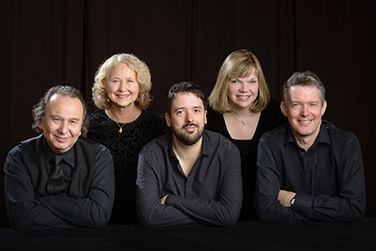 Nova Scotia’s Rhapsody Quintet has performed salon music, light classics, theatre music, and chamber music since the mid-80s, at concerts overlooking the ocean, corporate events, charity fundraisers and dinners for royalty. The Quintet was honoured to be invited to perform for the re-opening of both the historic Public Gardens and Point Pleasant Park in Halifax following the devastation of Hurricane Juan, and were proud to provide the music for the Premier’s Dinner in honour of the first recipients of the Order of Nova Scotia. The Quintet perform regularly at corporate and charity events in Halifax. They also played at the 50th anniversary celebrations of the opening of HRM’s MacDonald Bridge.