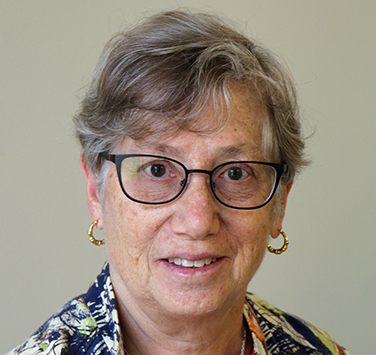 Jane Gordon has a PhD in Sociology and retired after 37 years as a Faculty member at Mount St. Vincent University in the Sociology-Anthropology Department, cross-appointed to Women’s Studies. She is now a Professor Emeritus. During her years at the Mount, in addition to teaching and research, Jane was also involved in a variety of administrative capacities, including several terms as Department Chair, university-wide search committee for senior administration, and personnel committees for faculty and administrators.

Jane was involved in both professional and community Boards of Governors, among them the Mount, Dalhousie, and Canadian Association of University Teachers, and she volunteered with community Boards including the Halifax Transition House Association, Planned Parenthood of Nova Scotia, the Nova Scotia Kiwanis Music Festival, the Early Music Society of Nova Scotia (for whom she served two terms as President), and the Halifax Summer Opera Festival. Her volunteer experiences include program planning, hiring and retention policies, and issues and budgets.

In memory of her husband, through Symphony Nova Scotia, Jane donated money for a commission and performance, which became Halifax Harbour by Elizabeth Raum. That experience led her to develop the Maria Anna Mozart Award, originally to be with money from her estate, but she decided to donate and start it while she could enjoy it.

Jane grew up in New York City with parents who loved classical music and took her to performances at Carnegie Hall and the Metropolitan Opera. Working with Symphony Nova Scotia is one way to continue that love of music.

Another expression of Jane’s love of music was beginning piano lessons in her 50s and adding recorder, which allows her to play with amateur groups. She also enjoys travel, reading, walking trips, and knitting. Jane continues to volunteer with several community organizations.