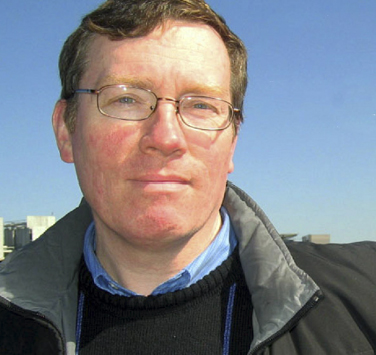 John MacLeod is from Dartmouth and is not distinguished from others of his name by musical ability. (Although he was pleasantly surprised while attending Université Ste Anne that those piano lessons of years ago allowed him to accompany some flute playing friends.)

With university backgrounds in Engineering Physics, Journalism, and French, John’s career went in a different direction towards the heritage and information management field. Now Manager of the Nova Scotia Archives he has been a recipient of the Premier’s Award for Excellence and the Minister’s Award for Innovation – both related to the digital transformation of the Archives. Recently, he worked with the Nova Scotia Home for Coloured Children Restorative Inquiry, and he has been active in promoting knowledge and access to the Peace and Friendship treaties in the Archives’ holdings.

John has been a leader in several professional and community organizations. He has been treasurer and an executive member of the Heritage Trust of Nova Scotia and is currently the treasurer of Christ Church in Dartmouth which has a significant social justice and public advocacy ministry. He has worked with the Community Foundation of Nova Scotia and is a founder of Doors Open Halifax (currently in COVID hiatus).

Married to Karen Smith, the Music Librarian at Dalhousie University, John has enjoyed following the achievements of Dal’s music students and is in awe of their talent and ability to balance academic schedule with the hectic performance demands of the Fountain School of Performing Arts. He was pleased to see Symphony Nova Scotia’s increased commitment to emerging musical talent by incorporating the Nova Scotia Youth Orchestra into the Symphony family. He was happy to be part of the donor group for Symphony Nova Scotia’s new piano and views his contribution as a recognition of the value and dedication of music educators.