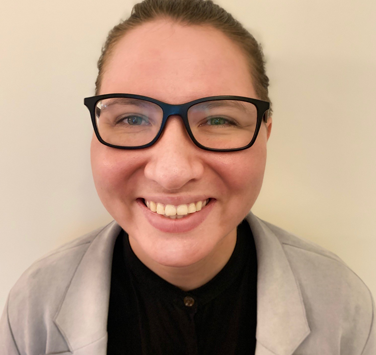 Maile Graham-Laidlaw (she/her) is general counsel for the federal Public Prosecution Service of Canada in Halifax. After growing up in treaty 7 territory (Calgary, AB), she has been living and studying in Mi’kma’ki (between Nova Scotia and Newfoundland) for the past 13 years. Music has been a constant part of her life since she started playing the violin at seven years old, starting with classical violin lessons and eventually performing and touring internationally with the Calgary Fiddlers in high school.

Prior to attending law school, Maile received a History (honours) degree from Cape Breton University where she was involved in numerous research projects and the local music scene. She then started a Master’s degree in Ethnomusicology at Memorial University of Newfoundland in St. John’s, studying festival and cultural production at a songwriting festival in her father’s native Hawai’i. While living in Newfoundland, she was heavily involved in the local scene as well, particularly with the Newfoundland and Labrador folk festival as both an employee and Board member.

In her spare time, she enjoys playing music, spending time with her partner and their dogs, working out and staying active, and making the most of the beautiful nature in Nova Scotia.