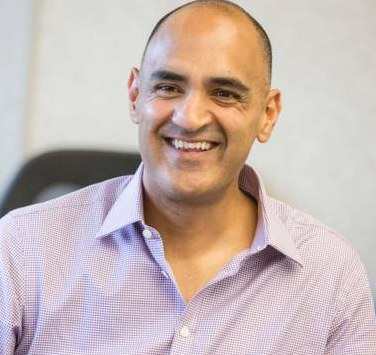 Permjot S. Valia is an economist by background, and the Founder & CEO of Mentorcamp, co-founder of Flight and Partners Ltd. (a U.K.-based FCA authorized fund), the Executive Director of Innovacorp’s MentorConnect, the Entrepreneur-in-Residence for Innovacorp’s Momentum project, and the go-to pitch trainer and advisor to numerous business and economic development collaborations throughout the world.

He is also an Angel investor, having invested in over 30 startups in four countries (Canada, U.K., South Africa, and U.S.). In 2016, three of the companies that Permjot invested in were bought for a significant premium. The three companies were based on three continents, reflecting the global nature of his work.

Permjot serves on the Board of several companies, including as Chair of 4Deep, a company spun out of University research, as Chair of Wooshii.com, and as a Director at Bluelight Analytics and Flight and Partners.

Permjot has been nominated by TechCrunch as “one of the best mentors to startups in Europe” and as “one of the very best pitch trainers in the world”. He regularly leverages and mobilizes his business connections from around the world to bring them to a region or entrepreneurial companies requiring start-up expertise. He lectures globally about Strategy, Business Modelling, Investing, and Sales.

Permjot lives in Halifax, and he enjoys classical music and travel. He is passionate about contributing to the region’s economic development and success. He is actively involved in the Stephen Lawrence Charitable Trust.