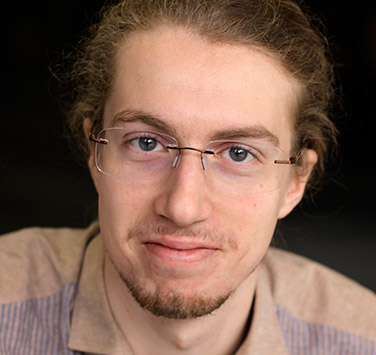 Mooring in Halifax in 2010 to enroll at Dalhousie University, Benjamin Marmen and his cello have since sought to become dynamic contributors to the city’s musical life.

A small-town boy out of Grand Bay-Westfield, NB, Benjamin began cello lessons at age seven with Sonja Adams in Saint John. Throughout high school he performed with Symphony New Brunswick as a substitute, with the Early Music Studio in SJ, and also with provincial and national youth orchestras.

In summer programs such as Le Domaine Forget, Scotia Festival, and the National Arts Centre’s prestigious Young Artist Program, Benjamin has received instruction from acclaimed cellists such as Lynn Harrell, Philippe Muller, Hans Jørgen Jensen, Denise Djokic, Paul Marleyn, Blair Lofgren, and Thomas Wiebe. However, his most cherished mentorship has come from Shimon Walt, under whom Benjamin recently completed his Bachelor of Music.

During his studies, Benjamin produced himself on stage with various ensembles –Scotia Festival’s “Chamber Players,” his sixteen-stringed clique known as Quartet LaCorde, and Symphony Nova Scotia, recently awarded the position of section cello. He also performed as a soloist with two of the local orchestras, Chebucto Symphony Orchestra and Nova Sinfonia, and was one of the winners of the NS Youth Orchestra’s 2014 Concerto Competition. Benjamin has performed throughout Nova Scotia, notably as a guest artist in Mahone Bay’s Music at Three Churches, in Tatamagouche in Bonnyman House Tearoom’s concert series, as well as in New Brunswick as part of the Musique à l’église historique de Barachois.

Away from the classical stage, Benjamin has taken part in a variety of musical ventures, such as taking to the stage with Natalie MacMaster and her band at the 2013 ECMAs, as well as performing and recording with various local artists, such as guitarist Maxim Cormier, winner of a 2013 NS Music Award, and the popular singer-songwriter Mo Kenney. He has played on film soundtracks by local composers Blain Morris and Josh Cruddas, as well as in a short film by Halifax director Dillon Garland.

Through his interest in new music and improvisation, and thanks to suddenlyLISTEN and Upstream Music Association, he was involved in improvised concerts by Montreal’s Musique Actuelle, played in workshops with composers and improvisers such as Danielle Palardy Roger, Jean Derome, and Joëlle Léandre, and also appeared as a soloist in Halifax’s Open Waters Festival.