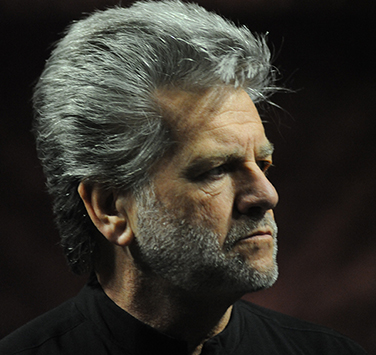 Music Director of Symphony Nova Scotia from 2002 to 2018 and Principal Guest Conductor of the Cape Town Philharmonic Orchestra, Bernhard Gueller continues to be acclaimed for his interpretations, phrasing, and excitement he brings to the podium. According to Die Burger in Cape Town, “The rendition of the Rachmaninov Symphony No. 1 in D minor was full of passion with huge power and glow. Maestro Gueller’s excellent insight breathed life into the work.” And from Weekendspecial.co.za: “Gueller has established himself, over many years now, as a favoured conductor of both players and audiences, undoubtedly because of his carefully prepared but always musically rewarding performances.”

Collaborations at a high level have been many, including some of Canada’s foremost musicians such as James Ehnes, Jan Lisiecki, Janina Fialkowska, Anton Kuerti, Jon Kimura Parker, and Marc-André Hamelin, along with other international stars such as Joshua Bell and Metropolitan Opera singers such as Pretty Yende and Johan Botha.

He is acclaimed by musicians, critics, and audience for his musical purity and continually garners praise for the fresh approach he applies under his “amazingly suggestive baton.”

Beginning his career as a cellist, Gueller won the United German Radios Conducting Competition in 1979 and for nearly 20 years ran tandem careers, deputing for the legendary conductor Sergiu Celibidache who regarded Gueller as his best “pupil.” Gueller also attracted the attention of the renowned arts administrator Ernest Fleischman who “was deeply impressed by his extraordinary musicianship, his marvelous ability to communicate with the musicians, and… his charismatic impact on the audience.”

He has been Music Director in Nuremberg and Principal Guest Conductor of the Victoria Symphony in British Columbia and Johannesburg Philharmonic. His career has taken him to many top concert halls from America and Australia to Canada, Russia, Japan, China (Guangzhou, Shanghai, Hong Kong), Korea, South Africa, and Brazil, as well as countries in Europe such as Spain, Italy, France, Norway, Bulgaria, Italy, Sweden, and his native Germany, where he conducted the Stuttgart Radio Symphony and the Munich Philharmonic.

He has also conducted in festivals internationally, including the Cape Town Philharmonic Orchestra in the International Festival of the Canary Islands, the Schwetzingen Festival in Germany, the Scotia Festival in Halifax, and the Stellenbosch International Chamber Music Festival and National Arts Festival in South Africa.

Gueller has made many recordings for national and international broadcast. His CD, Dancing in the Light, of works by contemporary Canadian composer, Christos Hatzis, with Symphony Nova Scotia, was released to critical acclaim. This followed a CD with South African mezzo-soprano Hanneli Rupert and the Cape Town Philharmonic Orchestra and others with the Stuttgart Radio Symphony Orchestra, German Brass and the Stuttgart Chamber Orchestra. He has also released two CDs of contemporary Canadian works by Tim Brady, which won an East Coast Music award, and orchestrated lieder by Schubert. A new CD with the Cape Town Philharmonic Orchestra and cellist Peter Martens is due for release next year.