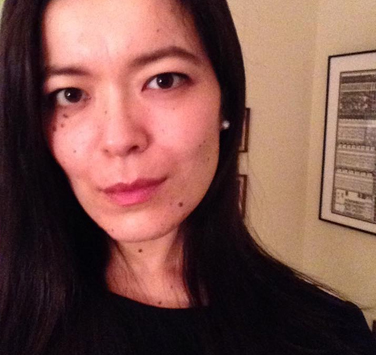 Karen Matsumaru grew up in Vancouver studying violin, piano, and voice. She has  been a member of the Hamilton Philharmonic Orchestra for nearly 10 seasons, and performs with the Vancouver Symphony Orchestra. Most recently, she won the section viola audition for the Kitchener-Waterloo Symphony. Previously, she was a Fellow with the New World Symphony, under the direction of Michael Tilson Thomas. Karen received her Master of Music degree in Viola Performance from the New England Conservatory in Boston. While in Boston, she performed for three seasons with the Boston Philharmonic Orchestra, under the baton of Benjamin Zander. Ms. Matsumaru is also an accomplished singer, having performed with the Nathaniel Dett Chorale and other Toronto and Vancouver choirs.

How long have you played your instrument?
I’ve played viola for 13 years and violin for 17 years before that.

Why did you begin playing your instrument?
I began playing the violin because someone gave my mother a full-size violin when she was single and teaching in Japan. She used the sentence, “If I have a child, then I would like them to learn the violin” in her example that day. When we were young, my mother took my older brother to a free group violin class at the community centre. She thought he would enjoy violin lessons because he was always singing at home. However, he threw something of a fit and refused to enter the class. I went to the lesson instead and voilà!

What is it like to perform onstage?
Performing onstage can be both the greatest thrill and the most terrifyingly vulnerable experience, sometimes at the same time!

If you couldn’t be a musician, what would you like to do?
If I couldn’t be a musician, I would either be a professional organizer or I would go back and become a nuclear physicist, which is actually how I started University. I was also in the English Honours program and studied four languages through school, but honestly can’t imagine a career I would pursue with those skills.

What do you like to do in your spare time?
In my spare time, I like to train at the gym. In my dreams, I could take down Ronda Rousey no problem.

What are you reading right now?
I am currently reading, “Evicted: Poverty and Profit in the American City” by Matthew Desmond.

What do you do to relax?
What I do to relax is watch reruns of Frasier and reality TV online.

What’s on your iPod (what are you listening to right now)?
What’s on my iPod is shamefully autotuned but ridiculously fun top 40s pop.