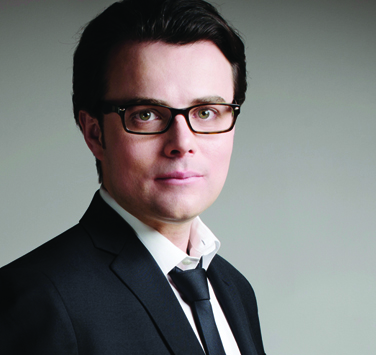 Martin MacDonald is one of Canada’s most outstanding young conductors. Winner of the 2013 Heinz Unger Award for Orchestral Conducting and the 2010 Jean-Marie Beaudet Award in Orchestral Conducting, Martin currently serves as Symphony Nova Scotia’s Associate Conductor, after three celebrated years as Resident Conductor (2008-2011).

Martin completed his Master’s degree in Orchestral Conducting at McGill University where he assisted the orchestra and opera. He also received his Bachelor’s degree in Cello at Memorial University. Martin has studied conducting with Bernhard Gueller, Boris Brott, Alexis Hauser, Kenneth Kiesler, Gustav Meier, Jorma Panula, Johannes Schlaefli, and Michael Jinbo. Born in Cape Breton, Martin is the youngest of twelve and his training began at age six. He is an alumnus of both the Nova Scotia and Newfoundland youth orchestras, and the Newfoundland Symphony Orchestra (1997-2004).

Martin has a diverse musical background with a strong Celtic music tradition – he has performed extensively with his family throughout Europe and North America. Martin’s conducting activities have been generously supported by the Canada Council for the Arts.