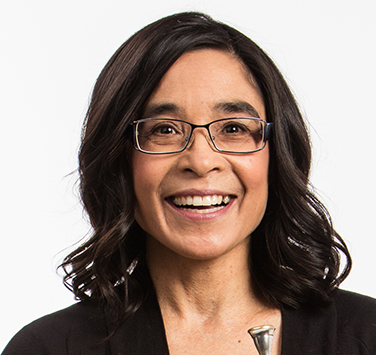 Hornist Mary Lee trained at the University of Toronto, in the city where she was born and raised. Her primary teachers were Wayne Jeffrey, Eugene Rittich of the Toronto Symphony, and Iman Soetemann of the Concertgebouw Orchestra at the Utrecht Conservatory, where Mary studied after completing her undergraduate degree. She received further training during summers at the Banff Centre and the Freiburg Hochschule.

Thanks to her horn, Mary has travelled to many parts of the world, and she played a season with the Israel Sinfonietta before joining Symphony Nova Scotia in 1989. In addition to performing, Mary greatly enjoys working with horn students of all ages in her home studio, at Acadia University where she is on the faculty, as a coach of the Nova Scotia Youth Orchestra horn section, and at schools and music camps throughout the province. Mary is also a founding member of the woodwind quintet Fifth Wind, and playing with this group has led to many wonderful and diverse adventures in chamber music.

Why did you begin playing your instrument?
I began a new school in grade seven, and the music program there was very strong. All the kids who played in orchestra belonged to the same homeroom class and took all their classes together, with an emphasis on music.

I knew I wanted to belong to that class, but I didn’t have an instrument, and all the other kids had come from a feeder school where they started playing in grade six and already had instruments assigned to them. The only instruments left were horn and flute, and I picked horn. I still don’t know why!

Who is the person who most influenced you, and why?
I have had many excellent horn teachers and mentors over the years, but the person I saw every week for thirteen years was my piano teacher, Miss Webb. I never got to be very good at piano, but she taught me the importance of having good musical common sense. My years with her helped immensely when I began playing the horn.

What’s the strangest gig you’ve ever played?
I was hired to play all alone at a fancy dinner for some sort of food-and-wine group. The theme of the dinner was “the hunt,” and they rented me a costume that was something between Robin Hood and Peter Pan. I had to enter the banquet hall before every course and play a fanfare to announce what was coming next. I never did figure out how to play “wild boar” versus “venison” but there was so much wine flowing I don’t think they really noticed.

What do you like to do in your spare time?
For about two weeks of the year I like getting my hands dirty in the garden. And I like to run. Last spring I ran my first half-marathon and had the time of my life. After that I decided two things: the first is that I definitely want to do it again, and the second is that I will never EVER run a full marathon!

If I had unlimited spare time I like to think I would cook nicer meals for my family.

What are you reading?
My kids and I are reading Mr. Popper’s Penguins and Three Cups of Tea by Greg Mortensen (very inspiring!). I’m currently re-reading The In-Between World of Vikram Lall by MG Vassanji, and I recently read Harbour View by Symphony Nova Scotia violist Binnie Brennan. It is a lovely book and we can all be proud of Binnie!