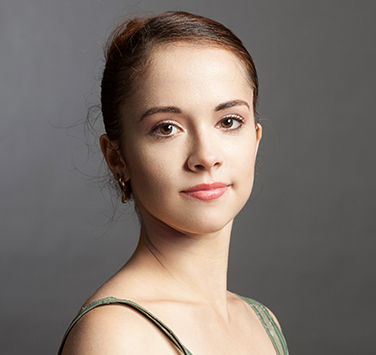 Giovanna Lamboglia began her training in Brazil, and she attended Maria Olenewa State Dance School in Rio de Janeiro. She was a guest artist for the Albany Berkshire Ballet in a United States tour production of The Nutcracker, dancing Sugar Plum Fairy and Drewdrop. In 2015, she got a soloist contract with Ballets de France in Toulouse, France. She moved to Canada in 2016 to be a Soloist with Canada’s Ballet Jörgen. In Toronto, she had the pleasure to work with Evelyn Hart in her own group. Giovanna completed her American Ballet Theatre National Teaching Curriculum, and has since been teaching in Canada, Brazil, and England. Giovanna is now based in London, U.K., where she is a freelance dancer and teacher. She has performed the role of Clara as a guest artist with Symphony Nova Scotia since 2018.