The Symphony is one of the reasons I settled in Halifax. 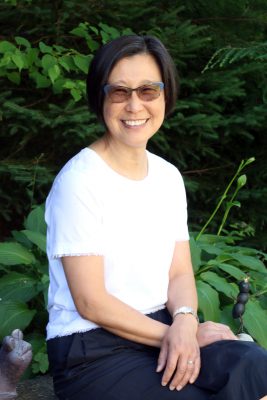 A native of Nanjing, Yongmei (May) Wang is passionate about her roots and sharing her knowledge and experience of Chinese culture. She has a Master’s in Cross Cultural Communication and International Management from the University of Newcastle upon Tyne, U.K. May taught at the Junling Institute of Technology in China, and in Halifax, she works as a translator and teacher. A devotee of lifelong learning with a deep love of music, May can’t say enough about her experiences with Symphony Nova Scotia.

“The Symphony is one of the reasons that I settled in Halifax and made it home. I moved here from China 10 years ago. After I found a place to live and found a job, I started thinking that I was in need of something more – something important to the quality of my life. It was my third year in Halifax that I went to the Messiah concert just before Christmas, and after, I went online to find out more. I tried different kinds of shows – pop music and mainstream. Eventually, I found the classical series and I felt really quite at home. That’s what I like about Halifax – there are so many choices. Of course, the best music is live music!”

“Was Music part of my upbringing? Yes and no,” she says. “I remember when I was young, we had an erhu that my father played a little bit. It’s common in Peking opera; a two-stringed instrument played with a bow like a violin. My father was a big fan of Peking opera, and started taking me to those concerts when I was only about four or five. His love of that music had an impact on me. To this day, I love Peking opera and Western opera as well.”

The Chinese Cultural Revolution lasted a decade from 1966 to 1976, and it had a profound impact on May in her formative years. She remembers what life was like:

“During the revolution, access to music was restricted. We had nothing. We didn’t have TV and only a few select movies were allowed to be shown in theatres. In our home, we had a gramophone player, but the only music we had was what was available at the local market. If you were found to have music in your collection that was banned – Beethoven and Mozart, for example – the Red Guard could come to your home and take the record collection away and smash it in front of you.

“So, I didn’t have much chance to access music then. However, the harder it is to get something, the more badly you want it.”

She also recalled the tragic consequences of the revolution for many musicians in her country. “They had been in camps for a long time – some staying over 15 years. Some of them died there. The musicians were working as farm labourers and during that time they lost their skills. When they were released and able to return to their old jobs, they had to be retrained. Some of them just didn’t recover from the trauma.

“As it happened, at that time the revolution ended, I was working in the Student Affairs Department at the Jinling Institute of Technology in Nanjing. I organized lectures and concerts for my college, and had the opportunity to invite musicians and conductors to teach. They set up symphony ensembles in my province and started to play the old music for people. They had just been released from the camps, and they were so enthused with the opportunity to play their music again and teach students how to appreciate classical music. I had the opportunity to talk to some famous conductors face to face! That was my early music education, and I was in my 20s. I just regret that these things came to me so late in life.”

When May came to Canada, she took some courses in Music through the Seniors College of Nova Scotia, and continues to take advantage of every opportunity to learn more about the music she loves. “I knew nothing about this type of classical music. I just thought it was beautiful and I wanted to understand it,” she says. “I try hard to learn the language of this music.”

A loyal Symphony subscriber, May regularly comes early to concerts to attend the Pre-Concert Chats and learn about the Masterworks Series. “I think you start to feel that music talks to you when you understand a composer’s life,” she says, “their personalities, the times they live in, and how they used music to express themselves, to empower themselves.” May is especially appreciative of Adrian Hoffman’s presentation of the content. “Even today, reading a book about music is difficult for me with the language barrier, and listening to Adrian makes it easier for me.”

May is thoughtful about summing up her experience with Symphony Nova Scotia:

“I think people acquire their strengths in different ways. For me, music is one of those things that give me power and confidence. I would say Symphony Nova Scotia and classical music anchored my ship. You know, some of my friends moved to Canada after me because they saw me successfully settled here. However, because of language limitations, they wanted to stay in larger Chinese communities like Toronto. I know they have a big symphony there, but I think I am going to stay here. With the ocean and the music in Nova Scotia, I’m not in need anymore.”