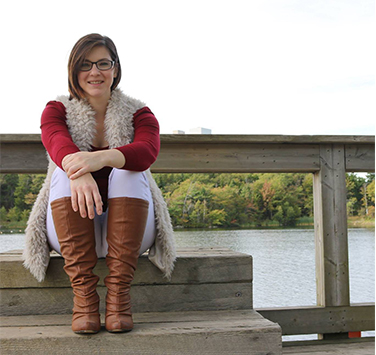 I am beyond thrilled to be starting my arts administration career with Symphony Nova Scotia!

I grew up playing music from a young age, beginning with piano, adding on the violin, then flute, and finally saxophone where I found my true love. I practically lived at the Dartmouth All-City Music Centre all throughout grade school, participating in group violin lessons, string orchestras, string quartets, symphonic bands, and jazz bands.

I continued my studies at Mount Allison University where I completed a Bachelor of Music in 2012, with a focus in saxophone performance. After my first year of university, I realized I needed a summer job… and what a better way to make money as a musician than to join the military! I joined the Canadian Forces in 2009 and spent my summers in Ottawa as a member of the Band of the Ceremonial Guard, performing the Changing of the Guard on Parliament Hill. Throughout my time in the military, I have performed in the Royal Nova Scotia International Tattoo and I am currently a member of the 36 Canadian Brigade Group (NS) Band. I have had the utmost privilege to perform with groups ranging from the Brogue Saxophone Quartet, Glass Winds, Neptune Theatre, and as a guest performer with New Brunswick Youth Orchestra.

I have an incredible passion for music and can’t wait to get started “behind the scenes” helping to create and support beautiful music in Nova Scotia.

Do you have any other jobs/volunteer jobs?

Along with my job in the CF, I am also on the volunteer-based Board of Directors for the Dartmouth Community Concert Association, where I chair the Concert Committee.

Do you play an instrument?

Why did you start playing your instrument?

I started playing the saxophone in grade 9 solely because I wanted to play in the jazz band. At the time the only band instrument I played was flute and they weren’t allowed in the band… so I switched! Best decision I ever made.

How have you been keeping busy during COVID-19?

During the pandemic, I started picking up the hobbies that always seemed to go to the wayside – I started puzzling more, picked up cross stitching again, bought my first miniature kit! And of course Netflix and chilled with my cat, Dice.

Has to be Matt Andresen with Symphony Nova Scotia in 2017/18. Even just thinking about his rendition of Ain’t No Sunshine gives me chills.

What’s the best concert you’ve ever been to?

This isn’t technically concert related, but the best music related performances I’ve ever been to were Wicked and Chicago on Broadway. I LOVE musical theatre and it was always a dream to see those two live.

What are you listening to right now?

I cannot get enough of Sammy Rae & The Friends. You just feel so good listening to her music. My dream is to see her play live – everyone in the band looks like they’re having the time of their lives!