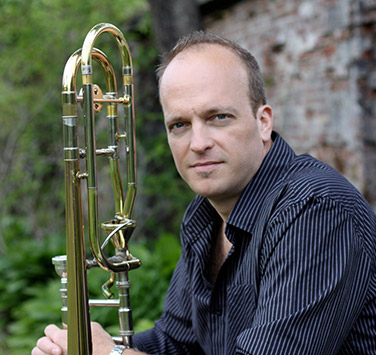 Eric joined the Symphony Nova Scotia administrative team for the start of the 2009/10 season. A reformed trombone player, Eric’s career was highlighted by performances with the Chicago Symphony and Symphony Nova Scotia, and thirteen years as a member of Honolulu Symphony Orchestra. While in Hawai’i, he also served in various administrative roles, providing him with the necessary skill set to reinvent himself upon returning to Halifax. Eric’s first professional symphony orchestra gig was for Symphony Nova Scotia’s 10th Anniversary Tour, and he is proud to have come full circle with his current role in the organization.

Why did you start working with Symphony Nova Scotia?I’d been wanting to return to the Maritimes for a long time and felt that the impending bankruptcy of the Honolulu Symphony was probably a good time to make the move.

What’s the best Symphony Nova Scotia concert you’ve seen?Recent years’ highlights have included our collaborations with Alan Syliboy and the Thundermakers, as well as Jah’Mila’s tribute to Nina Simone. And I’ll always have a soft spot for our performance of Mahler’s Second with Georg Tintner in 1992. I played as a member of the Nova Scotia Youth Orchestra, and that experience made a huge impression on me!

What are your outside interests?Spending time with my incredible family and trying desperately to keep up with my two daughters. Someday I plan to start a woodworking hobby.