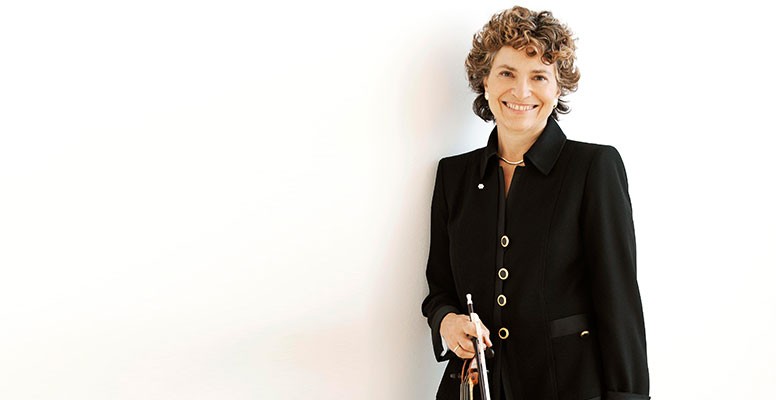 Jeanne Lamon is considered one of Canada’s top baroque specialists, and she’s a favourite guest amongst Symphony Nova Scotia audiences.

She served as the Music Director of Canada’s top baroque orchestra Tafelmusik for 33 years, and has received numerous awards and accolades, including the Prix Alliance from the Alliance Française, the prestigious Molson Prize from the Canada Council for the Arts, and two honorary doctorates – one from Halifax’s own Mount St. Vincent University and another from York University.

“The orchestra, led by Lamon from her concertmaster’s chair, made the score glow and vibrate with rare warmth. Most importantly, it made the music sound as fresh as if it were created on the spot. This is music at its most powerful – a living force, not a museum piece.” – The Toronto Star

In this performance, Jeanne honours the Court of Dresden, a leader in baroque art and technology, and the home of Europe’s finest 18th-century orchestra.
Concert highlights will include music by Vivaldi, Haase, and Zelenka, alongside a solo performance from Symphony Nova Scotia’s own Principal Oboist Suzanne Lemieux in Heinichen’s Oboe Concerto in G minor.

“Some of the most fascinating and exciting music from the baroque period, and unfortunately some of the least well known today, comes from the Dresden Court of 18th-century Germany,” says Jeanne.

“I am thrilled to explore this music by such wonderful composers such as Zelenka, Fasch, Veracini, and Vivaldi with Symphony Nova Scotia.”

Tickets are available now! Prices start at $50 (HST included), or you can pick up a ticket package and save up to 30%. Plus, under-30s pay only $16 per ticket with the TD Under-30 Access Pass (available free of charge at the box office). Call 902.494.3820 or visit our website at symphonynovascotia.ca. 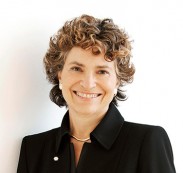 Music Director of Tafelmusik since 1981, violinist Jeanne Lamon has been praised by critics in Europe and North America for her strong musical leadership. In addition to performing with and directing Tafelmusik, Jeanne regularly guest directs symphony orchestras in North America and abroad.

Upcoming and recent engagements include Les Violons du Roy, Detroit Symphony, l’Orchestre Métropolitain (Montreal), Orchestra London, Victoria Symphony, and Symphony Nova Scotia. She has won numerous awards for her work with Tafelmusik, including the Prix Alliance from the Alliance Française, the 1997 M. Joan Chalmers Award for Artistic Direction, and the prestigious Molson Prize from the Canada Council for the Arts. In 2000, Jeanne Lamon was appointed a Member of the Order of Canada in recognition of her work with Tafelmusik.

Jeanne Lamon holds two honorary Doctorates, one from York University and one from Mount Saint Vincent University in Halifax. She is passionate about teaching young professionals, which she does at the University of Toronto and through Tafelmusik’s artist training programs.

Jeanne stepped down as full-time Music Director of Tafelmusik in June 2014 in order to devote more time to teaching, guest directing, and pursuing various hobbies. She will continue at Tafelmusik as Chief Artistic Advisor until a new Music Director is appointed.