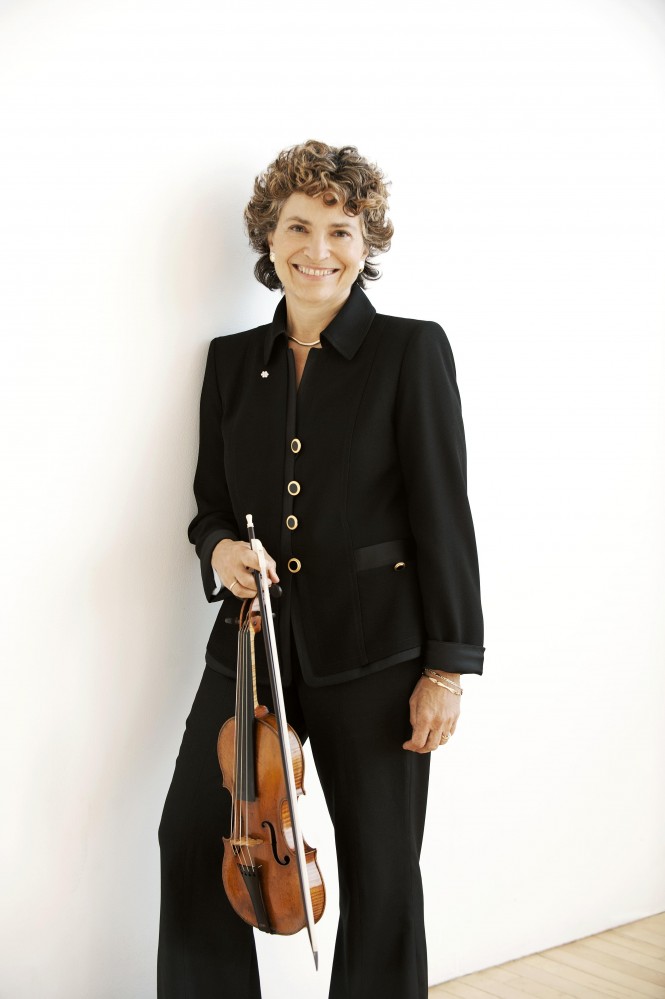 Jeanne Lamon is considered one of Canada’s top baroque specialists, and is a favourite guest amongst Symphony Nova Scotia audiences. She served as the Music Director of Canada’s top baroque orchestra Tafelmusik for 25 years, and has received numerous awards and accolades, including the Prix Alliance from the Alliance Française, the prestigious Molson Prize from the Canada Council for the Arts, and an honorary doctorate from Halifax’s own Mount Saint Vincent University.

The Globe and Mail says: “Watching Lamon play is part of the joy of a Tafelmusik concert. She is constantly in motion, partly to lead her group, partly moved by the music itself, but always full of the emotional depth of the works she is performing.”

In this performance, Jeanne honours the 250th anniversary of Rameau’s death with the Suite from his evocative opera Dardanus, with its surprising harmonies and haunting melodies. She’ll also lead the orchestra in Rebel’s imaginative Les élémens and one of Haydn’s beloved Paris symphonies, “The Bear”.

“Paris in the 18th century was a time of opulence and turmoil,” says Jeanne. “Its music was theatrical, evocative and innovative. Rebel’s Les élémens sounds as radical today as it did when it was first performed in 1737. Rameau’s opera Dardanus is one of my personal favourites with its rich orchestration and gorgeous chaconne. And Haydn, perhaps the greatest symphonist of all time, wrote some of his most inspired symphonies for the Paris orchestra and audience.”

Music Director of Tafelmusik since 1981, violinist Jeanne Lamon has been praised by critics in Europe and North America for her strong musical leadership. In addition to performing with and directing Tafelmusik, Jeanne regularly guest directs symphony orchestras in North America and abroad.

Upcoming and recent engagements include Les Violons du Roy, Detroit Symphony, l’Orchestre Métropolitain (Montreal), Orchestra London, Victoria Symphony, and Symphony Nova Scotia. She has won numerous awards for her work with Tafelmusik, including the Prix Alliance from the Alliance Française, the 1997 M. Joan Chalmers Award for Artistic Direction, and the prestigious Molson Prize from the Canada Council for the Arts. In 2000, Jeanne Lamon was appointed a Member of the Order of Canada in recognition of her work with Tafelmusik.

Jeanne Lamon holds two honorary Doctorates, one from York University and one from Mount Saint Vincent University in Halifax. She is passionate about teaching young professionals, which she does at the University of Toronto and through Tafelmusik’s artist training programmes.

Jeanne stepped down as full-time Music Director of Tafelmusik in June 2014 in order to devote more time to teaching, guest directing, and pursuing various hobbies. She will continue at Tafelmusik as Chief Artistic Advisor until a new Music Director is appointed.