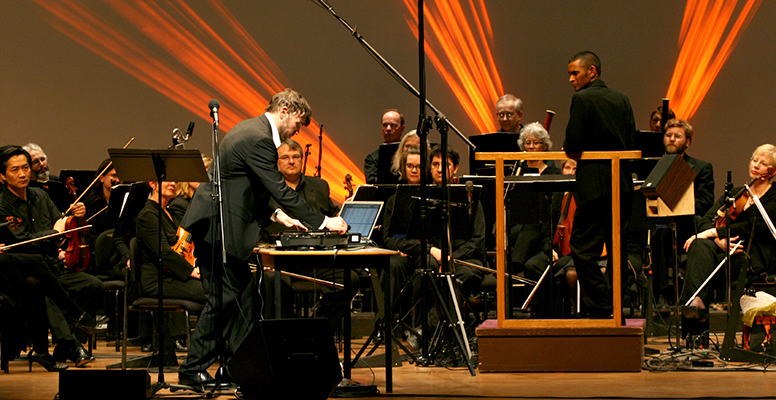 “I can say without hesitation that my first show with Symphony Nova Scotia was the high point of my career,” says Buck 65.

“I’ll never forget that night as long as I live. I’m extremely excited to have the opportunity to do it again. I’m not sure how that night in 2008 can be topped, but I’m excited to try.”

Buck 65’s first time teaming up with the orchestra resulted in a raucous standing ovation, rave reviews, a fervent online following, and repeated demands for an encore. Reviews included:

The concert was recorded by CBC and posted online, where it earned a huge fan following:

This October’s new show will also be conducted by Dinuk Wijeratne, and will feature some of the “greatest hits” from the 2008 collaboration, including Roses and Bluejays, Cries a Girl, and Way Back When.

It will also include brand-new orchestrations of some of Buck 65’s most compelling work since then, including Paper Airplane, All There Is to Say About Love, Fairytales, Come Home, Super Pretty Naughty, and Only War. All orchestrations are by Halifax arrangers David Christensen and Asif Illyas.

A native of Mount Uniacke, Nova Scotia, Buck 65 (a.k.a. Rich Terfry) has won two Juno Awards, including Songwriter of the Year. He’s released more than 20 records, and his latest album, Neverlove, was launched in September 2014. His distinctive sound blends hip-hop, folk, and rock influences, and the New York Times writes, “Buck 65 has touches of Tom Waits and Beck but an intelligence and humour that are all his own.”

Get your tickets now! Tickets for both shows begin at $30 (HST included), and you can save up to 35% by purchasing a ticket package. Tickets are available at the Dalhousie box office, 902.494.3820, or online at symphonynovascotia.ca. 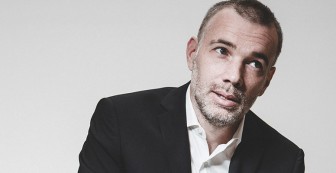 About Buck 65
If you travel along the Number 1 highway (two lanes) in Nova Scotia, you’ll pass through a town called Mt. Uniacke. As you enter the town, you’ll see a sign that reads, “Home of Buck 65”. Buck 65 is the code name of one Richard Terfry. He used to wander the dirt roads of Mt. Uniacke wearing an Adidas one-piece wrestling outfit. He thought it gave him hip-hop credibility, but he was wrong. He started DJing and rapping at the same time, when he was approximately 13 years of age. In 1990, he shared his work with the public for the first time.

Since then, he has released more than 20 full-length albums and all kinds of EPs, singles, and whatnot. Considered an innovator in his field, Buck 65 has been recognized by his peers with multiple Juno Award nominations and wins. Richard Terfry is also the host of the popular DRIVE show on CBC Radio 2.