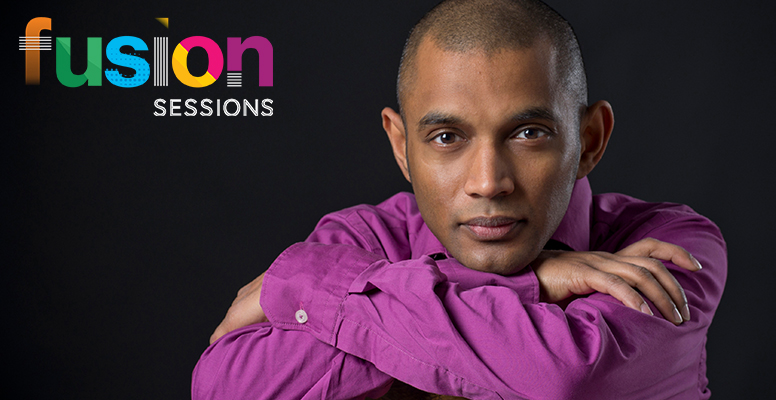 Canada’s Dinuk Wijeratne is a wildly inventive, JUNO-winning dynamo, with a long history of creating and performing spectacular music right here in Nova Scotia. His boundary-crossing work has gained him an avid fanbase around the world, along with a reputation as an “exuberantly creative” artist (New York Times) who “reflects a positive vision of our cultural future” (Toronto Star).

Now, Dinuk returns to Halifax to conduct and perform the East Coast premiere of his Gajaga Vannama – a stunning, Sri Lankan-inspired showpiece for piano and strings that honours the majestic dance of the elephant. Its 2019 premiere in Manitoba earned enthusiastic accolades: “It left the impression one had just journeyed into the heart of a strange new world of breathtaking beauty and joyous energy, and it earned a rousing standing ovation by the bewitched crowd” (The Winnipeg Free Press).

Plus, Dinuk sits down with host Suzanne Lemieux to answer your previously submitted questions!

The two most prominent ethnic groups of Sri Lanka – the island country of my birth – are the Sinhalese and the Tamils. I happen to be a product of both. This piece is a highly personal musical interpretation and realization of a traditional melody and classical “Vannam” dance-form that dates back to the early 1700s. In the royal courts of the city of Kandy, the last capital of the era of the ancient kings, the vannamas evolved from short sung melodies into longer, substantial dance pieces. In Dance and the Nation, cultural anthropologist Susan A. Reed captures the cultural context of the vannamas:

“The staple of most Kandyan dance performances, whether in processions or on stage, are the vannam dances. Originally the vannamas were a group of songs of both Sinhala and Tamil influence composed during the Kandyan period and sung in the courts of the Kandyan kings. The expressive arts of the court that developed during this time can be viewed as a blend of South Indian and Lankan elements. There are 18 traditional vannam dances, of which the most popular is the Gajaga Vannama. It depicts the majestic gait of the celestial elephant of the great god Sakra. The song of the Gajaga Vannama describes the sacred elephant with eight trunks and 16 tusks bathing and frolicking in one of the 700 lotus ponds of the abode of the gods. The vannamas are often danced in processions, from small wedding processions with a few dancers to large ritual processions with dozens.”

We tend to perceive many artforms as being unchanging, “vertical” creations that are fixed in time. Yet when we look closer, or dig into their histories, they reveal aspects of tradition and innovation in proportions that are delicate, subjective, and often hotly contested. My “imagining” of the Gajaga Vannama is scored for strings and piano (my instrument), and set in a single-movement 15-minute span. After a short, slow introduction of seven beats to the bar, the main section of the piece begins. It gradually increases in tempo and urgency over time. Towards the end is a two-part vocal recitation. The first part is a direct quotation of the kastirama (drum composition) from a classic recording of the vannamas by Piyasara and Chandrakanthi Shilpadhipathi. The second part is a variation on the kastirama of my own composing. The further increase of tempo in the coda (concluding section) imagines the dancers entering a state of trance.

This piece was composed on a co-commission from the Manitoba Chamber Orchestra and I Musici de Montréal. My thanks to Pabalu Wijegoonawardane for his translation of original source material; to Dr. Sumuditha Suraweera for his knowledge on traditional drumming; and most especially to my dear colleague Eshantha Peiris, without whom I would have been lost if not for his invaluable ethnomusicological expertise, assistance, and advice. 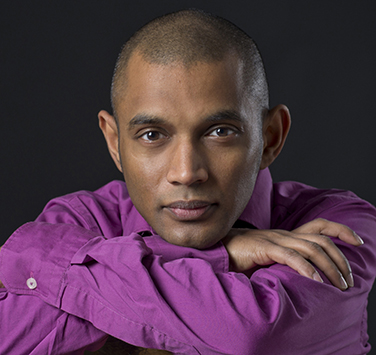 Sri Lankan-born Dinuk Wijeratne is a JUNO-, SOCAN-, ECMA-, and Masterworks-winning composer, conductor, and pianist who has been described by the New York Times as “exuberantly creative” and by the Toronto Star as “an artist who reflects a positive vision of our cultural future”. His boundary-crossing work sees him equally at home in collaborations with symphony orchestras and string quartets, Tabla players and DJs, and takes him to international venues as poles apart as the Berlin Philharmonie and the North Sea Jazz Festival.

Dinuk studied composition at the Royal Northern College of Music (U.K.), and was subsequently invited to join the Juilliard studio of Oscar-winner John Corigliano. Conducting studies followed at Mannes College under David Hayes, and doctoral studies with Christos Hatzis at the University of Toronto.

Dinuk feels immensely privileged to have served both as Conductor-in-Residence and Composer-in-Residence of Symphony Nova Scotia, and as Music Director of the NSYO for 13 seasons. He is the recipient of the Canada Council Jean-Marie Beaudet Award for orchestral conducting; the Nova Scotia Established Artist Award; Nova Scotia Masterworks nominations for his Tabla Concerto and piano trio Love Triangle; double Merritt Award nominations; Juilliard, Mannes & Countess of Munster scholarships; the Sema Jazz Improvisation Prize; the Soroptimist International Award for Composer-Conductors; and the Sir John Manduell Prize – the RNCM’s highest student honor. Dinuk is also a creativity consultant, serving private clients as well as emerging artists at Banff and the Glenn Gould School. His music and collaborative work embrace the great diversity of his international background and influences.

"[Wijeratne’s] attempt to capture the majesty of the elephant as it pertains to ritual and ceremony in Sri Lanka….the ‘East-meets-West’ work bristles with the energy of a coiled spring, fuelled by a near-impossible melting pot of tabla-like dance rhythms, funky jazz riffs, tonal clusters, [and] extended instrumental techniques."