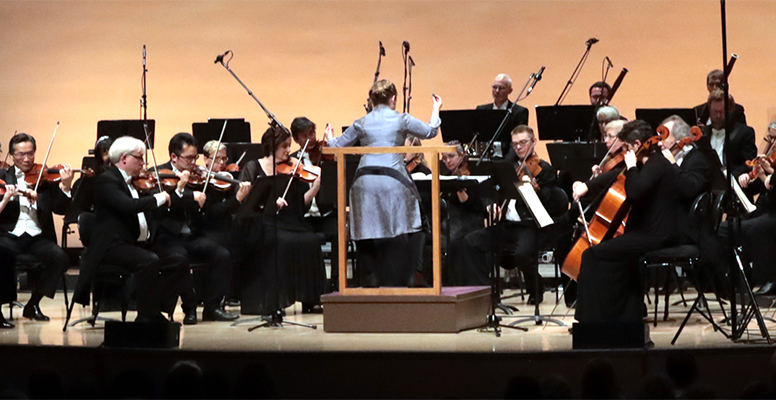 Followed by an interactive online artist Q&A with:

The Brahms was beautifully balanced and shaped.
– Audience review

Like many of Johannes Brahms’ works, his Second Symphony is the product of a summer holiday. He sketched it during the summer of 1877, while on a lakeside vacation at Pörtschach in Carinthia. Brahms wrote of this idyllic spot, “So many melodies fly about, one must be careful not to tread on them.”

For all the cunning and complexity of its construction, the Second Symphony reflects the tranquil, relaxed, sunny atmosphere of rural Austria before the motor-car and the tourist. Some of its tunes recall Austrian folk-songs, with their three-quarter rhythms and sweet major tonalities. Clara Schumann, Brahms’ closest friend and most perceptive admirer and critic, described it as “merry and tender.” 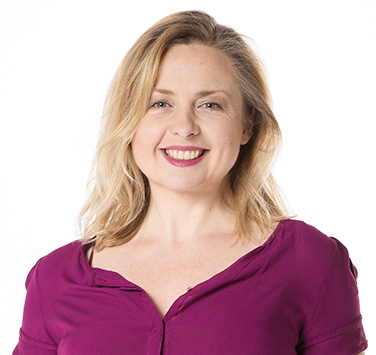 New Zealand-born Holly Mathieson is an award-winning conductor, regularly working with opera houses, ballet companies, and orchestras in Europe, Australasia, and North America. She is the Music Director of Symphony Nova Scotia, Co-Artistic Director of the Nevis Ensemble with Jon Hargreaves, and founder and artistic director of Rata Music Collective. She frequently records for BBC Radio, and her first major commercial recording with Decca reached No. 1 on the UK classical charts. Her work has seen her travel to nearly every continent on the planet, and perform for audiences spanning from the British Royal Family and Europe’s political elites, to Scotland’s homeless and refugee communities.

A passionate communicator combined with crystalline technique and a collaborative approach, she has won plaudits in all forms of music direction from opera, ballet, and family concerts to full-scale symphonic programmes.

She held several major early-career positions, including the Leverhulme Fellowship in Conducting at the Royal Conservatoire of Scotland, Assistant Conductor of both the Royal Scottish National Orchestra and BBC Scottish Symphony Orchestras, and Resident Conductor within the National Youth Orchestras of Scotland. Prior to that, she was chosen as one of only four young conductors from around the world to participate in the Interaktion Dirigentenwerkstatt des Kritischen Orchesters with players from the Berlin Philharmonic and other top-tiered German orchestras. She enjoyed a critically acclaimed London debut with Opera Holland Park as part of the 2015 Christine Collins Young Artist Programme, and was a conducting fellow at Dartington International Summer School and Taki Concordia Prizewinner in 2013.

She has worked with, and learned at the side of, many esteemed conductors, and counts the following among her mentors: Marin Alsop, Esa-Pekka Salonen, Christoph von Dohnányi, Peter Oundjian, Donald Runnicles, Thomas Søndergård, and Garry Walker. She holds a PhD in Music Iconography, during which she was awarded the global Sylff Fellowship, and in 2016 Zonta New Zealand named her one of New Zealand’s Top 50 Women of Achievement.