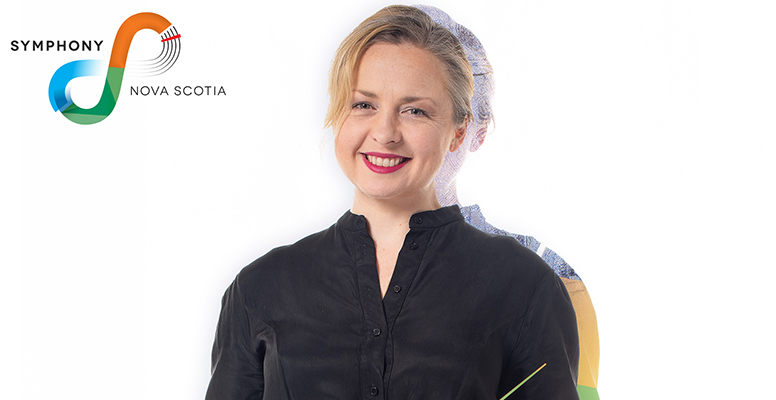 Hear Beethoven’s majestic Coriolan Overture, an iconic showcase of symphonic sound, followed by multi-award-winning American composer William Grant Still’s Mother and Child, a highlight that enfolds us in the warmth of maternal love and affection, with lush old-fashioned strings reminiscent of the golden era of Hollywood and jazz. Then, hear our own virtuoso cellist Rachel Desoer in a dazzling new work by “entertaining, ingenious, and unpredictable” Grammy-nominated British composer Anna Clyne. And for our grand finale, experience Mozart’s fiery, forceful “Haffner” Symphony, an international sensation since its premiere almost 250 years ago.

I’m not sure I’ve ever programmed a concert with such clear but complex intent as our first back after the lockdown. There are just so many emotions and responses I would love you to feel swirling around you: excitement, comfort, surprise, relief and, above all, readiness for life to resume (though not necessarily exactly as it was pre-pandemic).

I hope the shock of the opening chords of the Coriolan Overture – stormy monoliths of sound that push assertively ever further outward – explode our aural and conceptual space beyond our living rooms and computer screens; I hope the warm, intimate comfort of William Grant Still’s Mother and Child acts as a balm for the anxiety, grief and upheaval we’ve experienced, and reminds us that the beauty and trial of human experience transcends every border that we erect between ourselves; I hope the soulful voice of the solo cello in Anna Clyne’s Shorthand, soaring over a kaleidoscope of ever-shifting patterns and shapes in the strings, gives us a moment to reflect on the way music connects to our individual identity, and the effect these months of enforced silence have had on us all, as listeners and players; And I hope Mozart’s “Haffner” at the end of the concert will leave us with our batteries fully recharged, closing the circle on an evening of full emotional impact.

It took some discussion between the artistic team and I to come up with a concert order for the four pieces we’re going to hear. The Mozart will be very familiar to some of you, and in its position at the end of the concert and greater length than the other pieces, it could be justifiably perceived as a monumental temple to be entered at the end of the concert’s pilgrimage. Even if you don’t know it, you’ll recognise the sound of it – it sounds exactly like a Mozart Symphony, if that makes sense. For me, it is a fondly ironic nod to our habit for elevating the familiar and “great” in classical concerts, coming as it does after a smorgasbord of varied and rich sounds. It is a testament to the centuries-old heritage of symphonic music and, along with Beethoven’s Coriolan, an essential link in the chain of lineage that leads ultimately to Anna Clyne and William Grant Still.

What I hope more than anything is that you’ll have heard “greatness” in everything we play, along with a whole host of other equally worthy things – intimacy, profundity, normality – and finish with an even greater hunger for the full breadth of musical experience.

A NEW NAME FOR A NEW START!

Symphony Nova Scotia’s Masterworks Series is now the Spotlight Series, exploring the magic and beauty of orchestral music, from the European Classical and Romantic favourites that we know and love, to the treasure trove of wonderful composers from around the globe and across the centuries that we’re just starting to discover together.