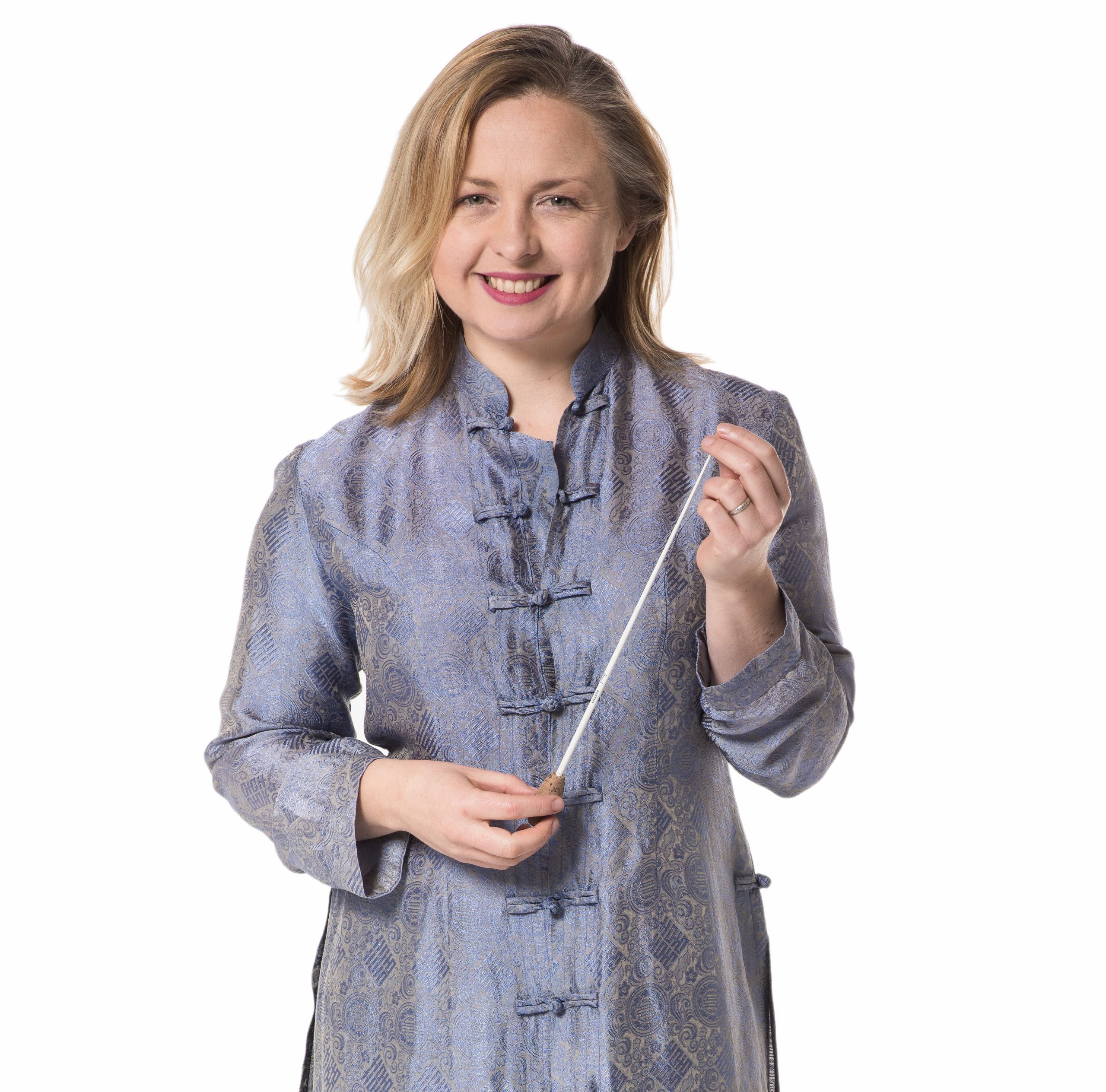 We asked our Music Director Holly Mathieson how she prefers to be referred to on the podium!

The earliest record we have of the Italian term Maestro in connection to music is from 1724 (maestro di cappella, which translates as Master of the Chapel, similar to the German Kapellmeister). By the end of that century, there is evidence of it being used more generally in Italy as a single word, referring to a master or great teacher of music, or a composer. Etymologically, it shares its roots with the Latin magister, the offshoots of which include the musical term Maestoso, which instructs us to play majestically or in a stately manner, as well as more common language descendants such as magisterial and magistrate, words which connect to ideas of qualified authority.

The Italian language has very easily identifiable masculine and feminine endings to nouns (and other figures of speech): -o for men, -a for women, -i for the plural. So, the term is very much a masculine one in literal terms, and it doesn’t take much effort to see why: 18th-century Italy (or elsewhere for that matter) was certainly not a period we would expect to find women in celebrated positions of intellectual or academic office, or being celebrated for their authority. So, the term is masculine quite simply because it really did apply only to men in a very practical sense, and therefore in its historical form and usage there was no female equivalent.

In the last 20 years or so, the term “maestra” has gained popular usage as a term derived from the male-gendered original, but many native Italian speakers in the music world see it as an invented word, and consider it more correct (and, arguably, respectful) to call female conductors by the original masculine term, without changing the ending.

(By the way, this isn’t the only word in the gendered languages to have needed adaptation as women enter the professional sphere: the German word for conductor – Dirigent – now has a common feminine ending available when needed: Dirigentin.)

That covers the etymological history of the word. However, I think the cultural history of “maestro” is even more fascinating, and certainly has a far greater bearing on my thoughts about its modern usage. Along with words like masterful, masterpiece, and genius – all three of which are also inherently gendered, etymologically – the concept of the maestro was also inseparable from certain racial and class profiles, not least because through the centuries of its usage, it denoted values and opportunities afforded only to wealthy, abled males from dominant (European) cultures.

In the 20th century, beyond a demographic truism, the term came to be synonymous with the sort of toxic hierarchical and tyrannical behaviour that was fetishized in the popular image of conductors like Arturo Toscanini and Herbert von Karajan. On the surface, it makes for a slightly outlandish “demanding genius” caricature, on which many very ordinary conductors were (and are) happy to trade. But beneath the marketing hype, it also led to gross abuses of power, predatory sexual behaviour, and a pervasive culture of bullying and autocracy. Unfortunately, it still plays out in the often-unhealthy relationship between orchestras and conductors, and the incredibly outdated pay-scale differential between superstar conductors and the players they work with.

So, in case you hadn’t already guessed, I don’t take it as a compliment!

In fact, my fervent hope is that we are seeing the end of the “maestro” era, and that the term will disappear with it. It has come to represent a set of values that are not helpful to us a group of artists wanting to make something meaningful together, and I also don’t think it does our audiences any good if we perpetuate the fetishization of these words and concepts. I don’t want you to come and hear a concert to bear witness to a “maestro” or “masterpiece”. I want you to come to be an integral part of a group activity, in which we make something, critique it freely and honestly, enjoy it, get bored by it, make friends during it, explore ideas through it, and build a community alongside it. As a result, I tend not to talk about how great a piece of music is, or how much I think you’ll enjoy it – you’re more than welcome to think a piece we play is good, bad, or anything in between. It’s not my job to convince you one way or the other. But what I do try to do is present things that I hope people will engage with and think about.

A final thought for you. When I first moved to the U.K., I managed to get a job as the Music Librarian at the Philharmonia Orchestra – Karajan and Otto Klemperer’s old band, and one of the really iconic recording orchestras. In spite of their pedigree, they work with a huge variety of conductors from around the world, some superstars and others barely heard of. I soon noticed that there was no apparent correlation between the Philharmonia Orchestra’s manager using the word “maestro” and a conductor’s ability or esteem among the players. In fact, quite the opposite. So, I asked him one day what his rule was. He replied “If I’m too uncomfortable around them to use their actual name, I call them Maestro.”