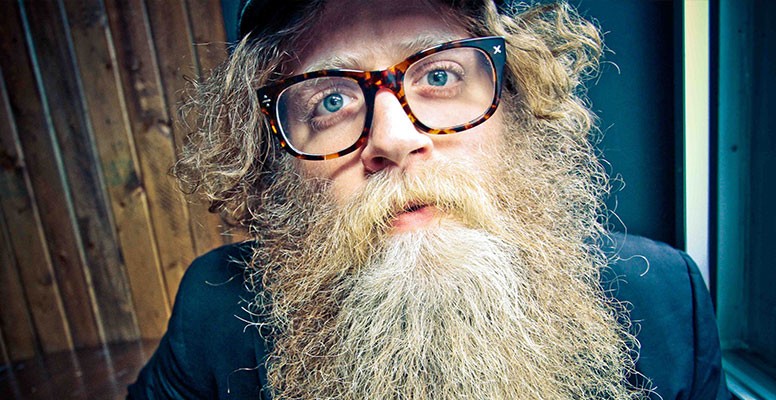 Halifax, NS – After playing 50 shows across North America this fall, Halifax singer-songwriter Ben Caplan returns home to Halifax on November 20 and 21 for the grand finale of his 2015 tour – an unforgettable symphonic showdown with Symphony Nova Scotia.

Caplan’s signature blend of gritty folk, gypsy, and blues music will take on epic proportions in this orchestral mash-up, which includes brand-new arrangements of Caplan’s work as well as old favourites.

When Caplan last played with Symphony Nova Scotia in 2012, the Chronicle Herald called him “a gifted player as well as singer” and “a high-energy performer… the crowd went nuts.”

Caplan is characteristically colourful in his reminiscence of that show. “I got my first taste of working with Symphony Nova Scotia back in 2012 and the experience was a lot like what I imagine a first hit of heroin must be like,” he said.

“It was an insane rush, and as soon as I came down, I knew I needed more. I’ve been chasing a bigger hit since then, and I can’t wait to share a massive dose with the public this November!”

Caplan’s concerts next weekend will be an even bigger affair than his first one with Symphony Nova Scotia, which only included a few songs. This time, Caplan will take the stage for the entire show, performing songs like:

Both concerts will be conducted by Symphony Nova Scotia’s Associate Conductor Martin MacDonald, and all orchestral arrangements have been written by frequent Caplan collaborator Michael Winograd. Winograd is a Brooklyn-based clarinetist who’s recognized as one of North America’s foremost Klezmer performers.

After both concerts, Ben will be available for a meet and greet in the lobby, just outside the concert hall.

Tickets for both concerts begin at $30 (HST included), and you can save up to 35% by purchasing a ticket package. Tickets are available at the Dalhousie Arts Centre box office (6101 University Avenue, Halifax), at 902.494.3820, or online at symphonynovascotia.ca. 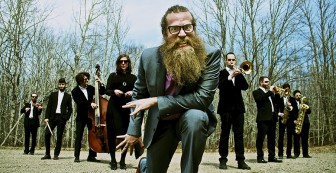 About Ben Caplan
Rugged, raspy, and roaring with charisma, Ben Caplan’s voice is to song as smoke is to bourbon: perfectly coupled. He is a songwriter and performer who is bold in both range and ferocity. The music is fuelled by a quality of melodrama and powerful lyricism that sets him apart from his peers. Either solo or backed by his band, The Casual Smokers, Ben has captured the attention of music fans and media across Canada, Australia, and throughout Europe.
Ben is supported by upright bass, drums, Eastern European inspired strings, and occasionally horns. He himself moves between guitar and piano, marking his place in the world’s music landscape with an outrageous musicality and a growling spirit.

Besides writing and recording, Ben is almost perpetually on tour, having played more than 1000 shows since the release of his debut album in late 2011. His songs, his voice, his humour, and his charm collude to create a rhapsodically energetic live show – an elegant cacophony drawing fans in ever-widening circles.
On the strength of his debut album, In the Time of the Great Remembering, Ben won numerous Canadian awards, including Nova Scotia’s 2012 Entertainer of the Year and the East Coast Music Award for Rising Star Recording of the Year for 2013. He’s shared stages with acts ranging from Grizzly Bear and Dirty Projectors to The Staves and Blondie. In addition to his 1000+ club shows, he’s played major festivals around the world including the U.K.’s Glastonbury in 2013.
In 2015, Ben Caplan continues to break new ground with dates across North America and around the world. His highly anticipated second album, Birds with Broken Wings, was released internationally in the fall of 2015.