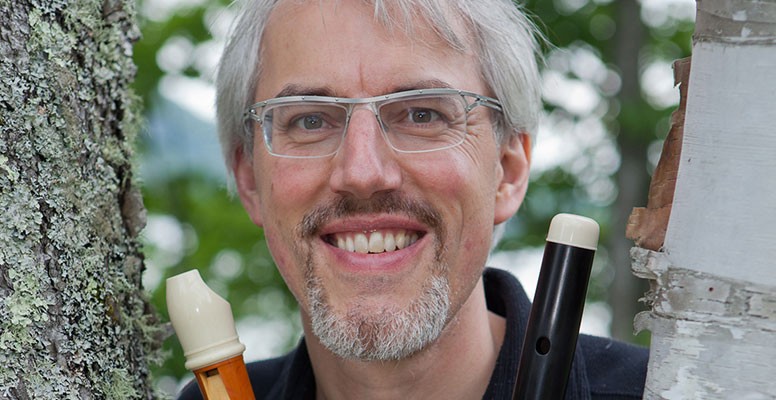 Maute has a “rare virtuosity” that ranks him among “the finest of today’s players”, says the Washington Post, and he’s also an accomplished conductor and composer.

In this concert, Maute will take the stage as soloist in a Vivaldi Recorder Concerto, and he’ll also lead the orchestra in highlights from Handel’s Water Music and Bach’s Suite no. 3. The Bach Suite is widely loved for its achingly beautiful Air (transcribed as “Air on the G String”), one of the most famous pieces of baroque music ever written.

As a conductor, Maute is renowned for his inventive lead of Ensemble Caprice, a Juno Award-winning, Montreal-based orchestra which he founded and regularly appears with at major national and international festivals. His recordings with Ensemble Caprice have been widely acclaimed, and his latest recording has been credited as “one of the most beautiful classical albums of the year” (Toronto Star).

Maute also leads a busy career as a solo performer and composer, with highlights including a First Prize win in Belgium’s distinguished Early Music Composition and a placement as featured recorder soloist at the Boston Early Music Festival. In 2014, his compositions for recorder were played at 34 concerts in seven Canadian provinces. 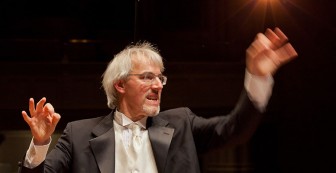 About Matthias Maute
Matthias Maute has achieved an international reputation as a conductor, composer, and recorder and flute player. Matthias is esteemed for his artistic direction of Ensemble Caprice, with whom he regularly appears at major national and international festivals. In Canada his appearances have included the Ottawa Chamber Music Festival, Festival international du Domaine Forget, and Elora Festival.

His solo career has soared since winning First Prize at the renowned Early Music Competition in Bruges, Belgium in 1990. He made his debut at Lincoln Center in New York in December 2008.

As a versatile conductor of both orchestras and choirs, Maute’s version of Bach’s B Minor Mass, and works by Arvo Pärt and J. D. Zelenka, have been broadcast nationwide by CBC Radio. In 2011, Ensemble Caprice was awarded an Opus Prize as Artist of the Year by the Quebec Arts Council and another Opus Prize for Concert of the Year for their performance of the B Minor Mass. Under his direction, Ensemble Caprice was awarded the prestigious 2009 JUNO Award for Best Classical Album of the Year (Choral) for its CD Gloria! Vivaldi’s Angels.

In 2012, a double CD by Ensemble Caprice featuring Bach’s Brandenburg Concertos plus music by Shostakovich was released to critical acclaim. The follow-up CD, Adagio, was hailed by the Toronto Star (John Terauds) as “one of the most beautiful classical albums of the year.”

Maute is a guest conductor of both period and modern instrument orchestras, including I Musici de Montréal, Apollo’s Fire (Cleveland), the Portland Baroque Orchestra, and La Pietà (Montreal).

His compositions hold an important place in the world of contemporary recorder music. In 2014, his compositions were played at 34 concerts in seven Canadian provinces.

Maute has made over 20 recordings on the Analekta, Atma Classique, Vanguard Classics, Bella Musica, Dorian, and Bridge labels. He teaches at McGill University and Université de Montréal.