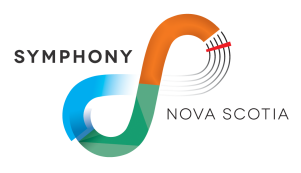 In recent years, Symphony Nova Scotia has enjoyed unprecedented community support and artistic growth under the thoughtful, informed, and inspirational leadership of its current Music Director, Bernhard Gueller. In his sixteen-year tenure with Symphony Nova Scotia, Maestro Gueller supported the orchestra’s successes through his strong relationships with audiences, regard for musicians, and commitment to artistic and personal integrity. As Maestro Gueller’s successor, Symphony Nova Scotia’s new Music Director will share a commitment to these values, and a drive to maintain and grow the orchestra’s ongoing success and relevance within its community.

QUALIFICATIONS
As the successful candidate for the role of Symphony Nova Scotia’s Music Director, you possess a commitment to the following:

HOW TO APPLY
If you are a highly qualified applicant, please submit a resume and a cover letter describing your interest in and qualifications for the position, as well as your personal artistic vision for Symphony Nova Scotia. Access to video and/or audio recordings of your conducting are highly desirable, if available. Nominations from third parties are also welcome.

Applications should be submitted electronically to ceo@symphonyns.ca.

Items such as recordings, publications, etc. can be mailed to:

While the new Music Director may commence responsibilities as early as the 2019/20 season, the position will remain open until the ideal candidate has been found.

Qualified individuals of all nationalities are encouraged to apply, and Symphony Nova Scotia thanks all applicants for their interest. All applicants should indicate their status as a Canadian citizen or permanent resident, as defined by Citizenship and Immigration Canada. When choosing among candidates of equivalent qualifications, priority will be given to Canadian citizens and permanent residents. Symphony Nova Scotia is committed to the principles of employment equity in the workplace. 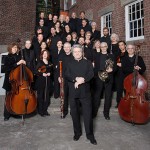 ABOUT SYMPHONY NOVA SCOTIA
Symphony Nova Scotia is truly Nova Scotia’s orchestra, and the only fully-professional orchestra in Atlantic Canada. With a home base in Halifax and performances across the province, Symphony Nova Scotia reaches more than 50,000 Nova Scotians of all ages each year with some of the most innovative concerts and educational offerings in the country.

Though Symphony Nova Scotia had its origins with the Halifax Symphony (1897-1908, 1955-1968), the Halifax Sinfoniette (1947-1955), and the Atlantic Symphony Orchestra (1968-1984), the orchestra as we know it began in 1983 with only 13 full-time musicians. Its growth in subsequent years was led by the visionary Austrian-born conductor Georg Tintner, who led the orchestra from 1987-1994, and served as Conductor Emeritus until 1999. Its most recent Music Director, Bernhard Gueller, joined the orchestra in 2002, and led Symphony Nova Scotia through a period of unprecedented growth and audience support.

With an annual budget of $5 million CAD, Symphony Nova Scotia is the largest employer in Nova Scotia’s cultural community, employing 37 musicians and 14 administrative staff, along with over 150 contracted artistic, production and technical personnel. Its talented team has won many awards, including five East Coast Music Awards for classical music.

The orchestra has repeatedly been praised for its versatility and flexibility, performing everything from baroque to pops to jazz with equal finesse. International music veteran Howard Cable called Symphony Nova Scotia “the most versatile orchestra in Canada,” and Halifax’s Chronicle Herald says, “They can play it all: Beethoven, Shostakovich, Hatzis and Current, as well as Tommy Dorsey, Scott Macmillan, Rose Cousins, Buck 65 and Natalie MacMaster. We are, in this province, exceedingly fortunate to have them.”

Symphony Nova Scotia also places a high priority on community engagement. Its education programs reach over 15,000 elementary, junior high, and senior high school students each year, and are presented alongside many accessible community programs, including a free family series, performances in local public libraries, and adult education classes. Symphony Nova Scotia is pleased to have close association with Dalhousie University’s Fountain School of Performing Arts and the Acadia University School of Music.

Symphony Nova Scotia is proud to serve both the City of Halifax and the province of Nova Scotia. As one of Canada’s founding provinces, Nova Scotia possesses a rich musical history dating from the 18th century, and a deep appreciation of diverse musical artists and genres. Nova Scotia is home to one of the strongest Celtic music traditions in the world, launching international superstars like Natalie MacMaster, the Rankin Family, and Ashley MacIsaac. It has also served as a hub for folk music traditions, with homegrown artists like Rita MacNeil, Anne Murray, Stan Rogers, and Hank Snow. 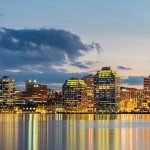 ABOUT HALIFAX, NOVA SCOTIA
With a population of 400,000, Halifax is the capital city of the province of Nova Scotia, Canada. It is a major economic centre in eastern Canada with a large concentration of government services and private sector companies. Major employers and economic generators include the Department of National Defence, Dalhousie University, the Halifax Shipyard, various levels of government, and the Port of Halifax. Agriculture, fishing, mining, forestry, and natural gas extraction are major resource industries found in the rural areas of the municipality. Halifax was ranked by MoneySense magazine as the fourth best place to live in Canada for 2012, placed first on a list of “large cities by quality of life” and placed second in a list of “large cities of the future”, both conducted by fDi Magazine for North and South American cities.