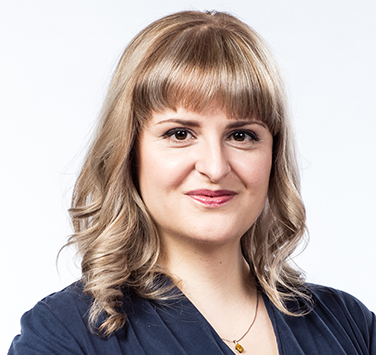 Born in Montreal, Émilie Paré started studying violin at an early age with Jacqueline David. Having studied at the Conservatoire de musique de Montréal from 1989-2004 with Johanne Arel, she obtained her Master’s degree with the highest honours in Violin Performance, Dictation, and Solfège. She also completed a postgraduate certificate in solo repertoire for the violin, focusing on new music.

Émilie is grateful for receiving the Jean H. Picard Scholarship from the Wilfrid-Pelletier Foundation, the Jeunesses Musicales du Canada Scholarship, and also the Paul Merkelo Scholarship at the 2001 edition of the Montreal Symphony Orchestra Competition.

Émilie’s years of freelancing in Montreal brought her to America, Europe, and Asia as a member of Angèle Dubeau et la Pietà, and as a violinist for the dance company Cas Public. In 2006, Émilie won the Assistant Concertmaster position in the Thunder Bay Symphony Orchestra. In 2007, she moved to southern Ontario after winning a section violin position with Orchestra London Canada. In 2014, she won the Principal Second Violin position in the same orchestra. Since 2008, she has also been a member of the Windsor Symphony Orchestra.

Émilie is an alumna of Orchestre de la Francophonie and the National Academy Orchestra. She spent a few summers at the Orford Arts Centre, where she worked under the tutelage of musicians from the Montreal Symphony Orchestra and many highly sought-after professors. At Orford, Émilie also rekindled her love for contemporary music and performed world premieres in a new music workshop led by Canadian composer Ana Sokolovic.

In 2013, Émilie was invited to perform a series of concerts at the Northern Lights Scotiabank Festival in Ajijic, Mexico. For the last three summers, she has travelled to Sulmona, Italy with members of the Aradia Ensemble to form the COSI opera festival orchestra.

Émilie is getting more and more involved in the musical community of Nova Scotia through teaching and coaching. She has recently become a member of the Nova Scotia Youth Orchestra board.

Émilie is thrilled to be performing with Symphony Nova Scotia for another season!