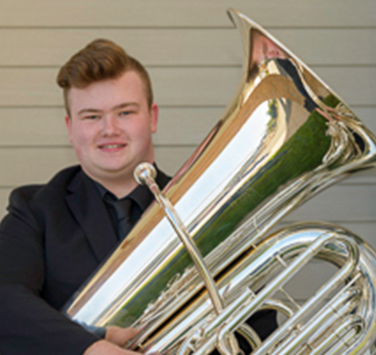 Dylan Rutledge is in his second year of a Music Education degree at Acadia University. He has been studying and playing tuba for eight years, euphonium for five years, and trombone for four years. Dylan has a passion for all things music and aspires to teach music in the future. You might see Dylan making music in the Nova Scotia Youth Wind Ensemble, Scotia Brass, and Halibrass. This is Dylan’s third season playing tuba in the NSYO and he is very excited to see what it has in store.