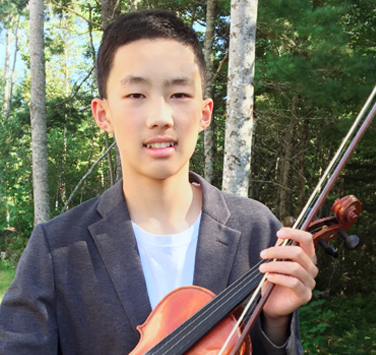 Dylan Yang is a 14-year-old, Grade 9 boy. He has played violin for over seven years now. Besides playing violin, he is also good at playing drums. He passed his RCM level seven exam this year and is also preparing for higher level exams. He was a member of Singing Strings Youth Orchestra in PEI for two years and the Conservatory Chamber Orchestra in the Maritime Conservatory of Performing Art for one year. Back in his old school in PEI, he played clarinet in the band.

In his spare time, he likes to play soccer, basketball, and badminton.