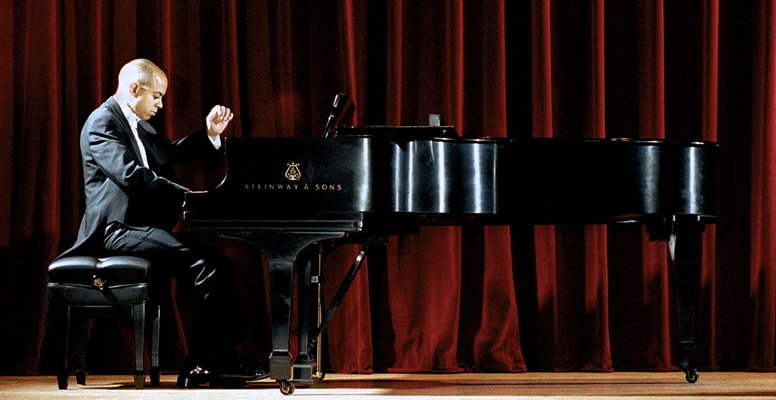 Stewart Goodyear is “one of the best pianists of his generation” (Philadelphia Inquirer), and his stylish, kinetic playing has earned him rave reviews, a high-octane career, and top billing with some of the world’s most prominent orchestras.

Not only has Goodyear performed as soloist with many major orchestras around the world, but he is also known for his work as a composer, writing commissioned works for orchestras and chamber music groups, and performing his own solo works.

“I believe that this program is a wonderful choice of repertoire for the audience,” says Lehninger.

“They will hear what is currently being composed, a piece by a living Canadian composer, and one of the most important masterpieces of Germanic orchestral literature, the Mendelssohn Scottish Symphony… It will be exciting to perform this piece in Halifax, with its Scottish heritage and influence.”

He continues: “Adding to the excitement of the program, taking into consideration the connection between Mendelssohn and Grieg, since they both lived and had intense musical activity in Leipzig, we will also perform one of the most beloved and popular piano concertos of all time: the Grieg Piano Concerto.” 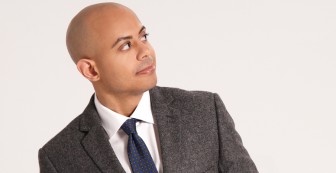 About Stewart Goodyear
Proclaimed “a phenomenon” by the Los Angeles Times and “one of the best pianists of his generation” by the Philadelphia Inquirer, Stewart Goodyear is an accomplished young pianist as a concerto soloist, chamber musician, recitalist, and composer.

Goodyear began his training at the Royal Conservatory in Toronto, received his Bachelor’s degree from Curtis Institute of Music, and completed his Master’s at the Juilliard School. Known as an improviser and composer, he has been commissioned by orchestras and chamber music organizations, and performs his own solo works. This year, Stewart premiered his Suite for Piano and Orchestra, “Callaloo”, with Kristjan Jarvi and MDR Symphony Orchestra in Leipzig, and the Clarosa Quartet will premiere his Piano Quartet commissioned by the Kingston Chamber Music Festival. Stewart performed all 32 Beethoven Piano Sonatas in one day at Koerner Hall, McCarter Theatre, the Mondavi Center, and the AT&T Performing Arts Center in Dallas.

Stewart recently made his recital debut at the Rheingau Musik Festival standing in for Maria Joao Pires, and two performances at the Frankfurt Museum-Gesellshaft under the baton of Lawrence Foster. Highlights of the 2016/17 season are recital dates at McCarter Theatre and the Phillips Collection, return engagements with the New Jersey Symphony Orchestra and Toronto Symphony, and his debut at the Savannah Music Festival performing the complete Beethoven piano sonatas in one day. 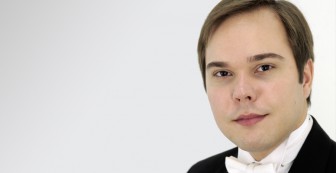 Brazilian-born Marcelo Lehninger is the newly-appointed Music Director of the Grand Rapids Symphony. He previously served as Music Director of the New West Symphony in Los Angeles, for which the League of American Orchestras awarded him the Helen H. Thompson Award for Emerging Music Conductors.
Lehninger was appointed Assistant Conductor of the Boston Symphony Orchestra by James Levine, and, after a very successful two-year tenure that included stepping in for Maestro Levine on short notice in Boston and on tour at Carnegie Hall, was later promoted to Associate Conductor.

As a guest conductor in the U.S., Lehninger has led the Chicago, Houston, Detroit, Baltimore, Seattle, Milwaukee, National, Jacksonville, New Jersey, Indianapolis, Omaha, Chautauqua, Hartford, and Fairfax Symphonies; the Florida and Louisville Orchestras; and the Rochester and Orlando Philharmonics. In Canada, he has appeared with the Toronto, Winnipeg, and Kitchener-Waterloo Symphonies, and the Calgary and Hamilton Philharmonics. European highlights include the Lucerne Symphony, Lausanne Chamber Orchestra, Orchestre National de France, and a tour with the Concertgebouw Orchestra assisting Mariss Jansons.

Lehninger was music advisor of the Youth Orchestra of the Americas (YOA) for the 2007/08 season. Plácido Domingo serves as artistic advisor for the ensemble, which is composed of 120 talented musicians from more than 20 countries throughout the Americas. In 2008, Lehninger toured with YOA and pianist Nelson Freire in South America, conducting concerts in Argentina, Brazil, and Uruguay. He has led all of the top orchestras in Brazil as well as regular guest conducting in Argentina, and previously served as Associate Conductor of the Minas Gerais Philharmonic Orchestra in Brazil.

Chosen by Kurt Masur in 2008, Lehninger was awarded the First Felix Mendelssohn-Bartholdy Scholarship sponsored by the American Friends of the Mendelssohn Foundation. He was Maestro Masur’s assistant with the Orchestre National de France (during their residency at the Musikverein in Vienna), Gewandhaus Orchestra in Leipzig, and the New York Philharmonic. In 2011, he participated in the Bruno Walter National Conductor Preview, organized by the League of American Orchestras, conducting the Louisiana Philharmonic Orchestra, and debuted with the National Symphony Orchestra at the Kennedy Center as part of the National Conducting Institute.

Before dedicating his career to conducting, Lehninger studied violin and piano. He holds a Master’s degree from the Conductors Institute at New York’s Bard College, where he studied conducting under Harold Farberman and composition with Laurence Wallach. His mentors also include Kurt Masur, Leonard Slatkin, and Roberto Tibiriçá. A dual citizen of Brazil and Germany, Marcelo Goulart Lehninger is the son of pianist Sônia Goulart and violinist Erich Lehninger.