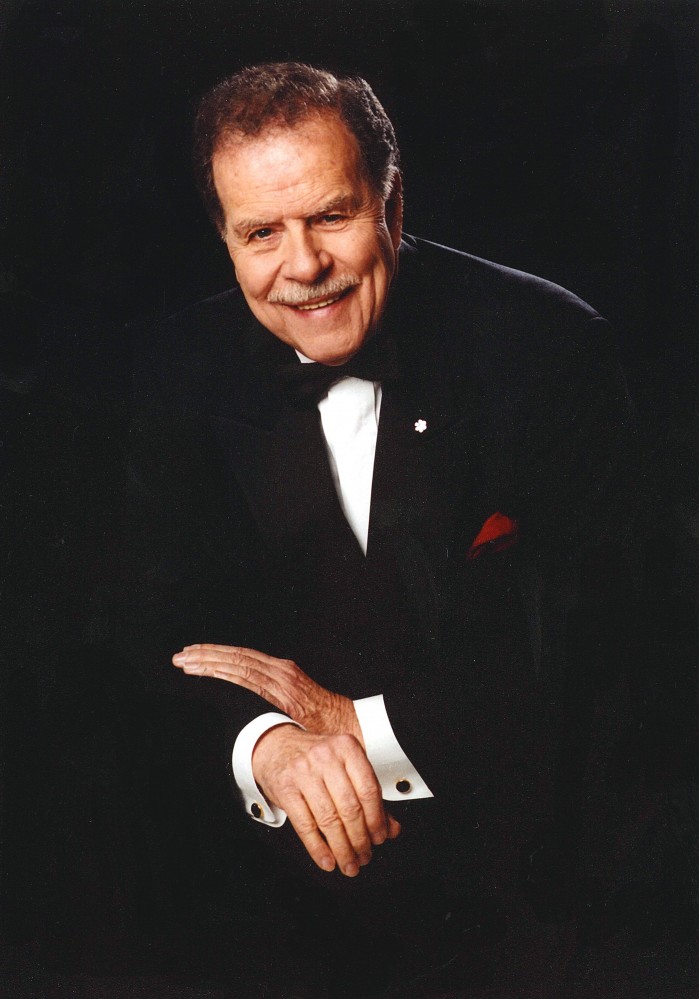 Just in time for the 87th annual Academy Awards, Symphony Nova Scotia and legendary conductor Howard Cable celebrate some of the world’s most iconic film music at Halifax’s Rebecca Cohn Auditorium on Friday, February 20 at 7:30pm and Sunday, February 22 (Oscar day) at 2:00pm.

The concerts highlight the unforgettable themes from movies like E.T., West Side Story, The Sound of Music, Mary Poppins, Breakfast at Tiffany’s, The Wizard of Oz, Indiana Jones, and much more – all performed in grand musical style by Symphony Nova Scotia’s expanded orchestra.

The concerts’ conductor will be Canadian living legend Howard Cable, who has also created nearly all the orchestral arrangements for these performances. Howard has performed an incredible variety of film music during his illustrious 77-year musical career, and for this concert, he’s selected Oscar-winning highlights to appeal to movie lovers of all ages.

“It wasn’t until 1934 that the Academy of Motion Pictures, Arts and Science decided that music, as well as histrionic and technical ability, merited recognition,” explains Howard.

“The list of winning songs is large, and each winner has become a memorable iconic song standard. In this concert, you’ll hear the celebrated hits from eight decades of Oscars.”

The concerts include music from:

Tickets are available now, though seating is limited for both performances. Prices range from $30-59 (HST included), or pick up a ticket package and save up to 30%. Call 902.494.3820 or visit symphonynovascotia.ca.

About Howard Cable
Howard Cable is a true Canadian icon. His 77-year career in the music industry is one of the longest in North America. After forming his first dance band in 1937, Howard’s talent began attracting attention. He quickly earned his own shows – first on CBC radio, and then on television with the popular program Showtime.

Howard has always been an advocate for music education. While teaching at the Banff Centre for the Arts, two of his students, Eric McCormack (Will & Grace) and Cynthia Dale (Street Legal) went on to very successful acting careers.

Howard’s broad repertoire keeps him in demand. He still maintains a busy schedule composing and arranging music, as well as numerous conducting engagements each year. His huge library of published music has been recorded on many labels and is performed worldwide. He has written the scores for 11 films at the National Film Board.

At age 94, Howard has no intention of stopping. He has recently embraced social media and is sharing the fascinating stories of his vast career in a new blog called “Howard Cable Remembers” (howardcableblog.com).