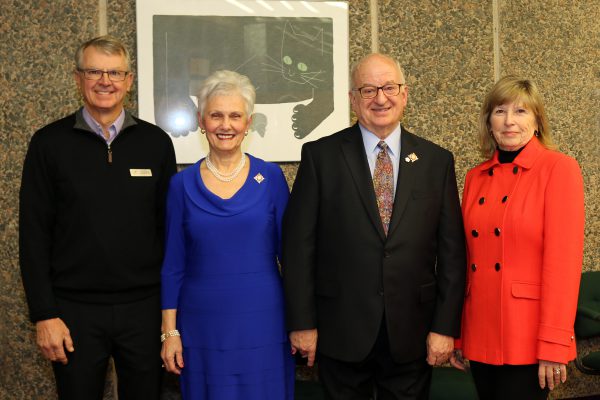 The Hastings’ involvement with Symphony Nova Scotia began with a Christmas concert nine years ago and before long they were regular concert goers. Their love of music gave rise to a long-term commitment as generous donors and enthusiastic ambassadors. David also joined the Symphony Board in 2011 and is now serving a two year term as Past Chair. Having professional musicians in the family, David and Patricia both feel their connection to the orchestra at a very personal level.

“We support Symphony Nova Scotia because we have seen what our son had to go through for a career in music,” says David. “The Symphony is good for Halifax and it’s good for people who aspire to make a living through music.”

“Chris never wanted to take music lessons when he was young. It was something that I wanted for him and it was one of the options for him in junior high. He wasn’t enthusiastic about it. When he arrived in class at age 13, he had no previous musical training, so the music teacher put him on drums. After a bit he started to get more interested and asked for private drum lessons. Eventually, Chris really started to show his talent.

“When Chris was in Grade 11, we transferred to Halifax. Chris played in the school band and also the Nova Scotia Wind Ensemble, the Nova Scotia Youth Orchestra, the Acadia University band, and the National Wind Ensemble – all before graduating high school. He went on to study Music at McGill and during his four years there, the percussionists he studied with were some of the best to ever come out of that university.

“At 22, Chris was chosen for the National Youth Orchestra. When he was touring with them he met Isabelle, a young lady from Quebec who would be his future wife. They got together – fell in love – and moved to Toronto to work on their Master’s Degree in Music at the Royal Conservatory. Chris earned a scholarship for that.”

David recalls the turning point that launched their careers in Europe.

“Halfway through the Master’s program, Isabelle went to Luxembourg and auditioned for a trumpet position with the Philharmonie du Luxembourg (OPL). They both quit school and eloped on January 9, 2006 and flew to Luxembourg to live.

“We were worried. We didn’t think they would be able to make it financially. They were just scraping by.

“But within six months, Isabelle was off probation and she had tenure within a year. It took a little time, but Chris found work teaching and he did some sub work for the OPL. He’s now the percussionist with the Orchestre National de Lorraine in Metz, France. He also got together a percussion duo and has a business where he rents instruments. Chris is an entrepreneur who makes it work.

“They have a family now and just built a new house. Chris and Isabelle are both musicians and they understand each other. They’re doing just fine.”

David and Patricia recognize the commitment, dedication and hard work required to become a professional musician. Their support of Symphony Nova Scotia is a reflection of the admiration and respect they have for players in the orchestra and their affinity for the music community in Halifax.

“We all play a part in helping Symphony Nova Scotia continue to be sustainable,” says David. “Board members – patrons – subscribers – Musical Chair donors – Festival donors – and members of the Legacy Circle – they are all pieces of the puzzle.

“I look at what my kids have to go through for their careers in music. I want to leave a legacy in case my grandchildren want to get into music as well. I want the Symphony to be here for many generations to come.” 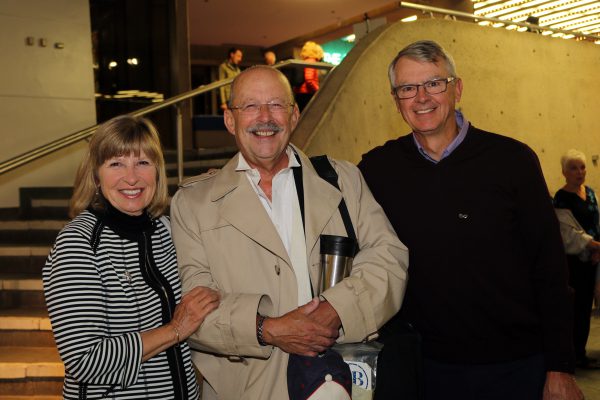