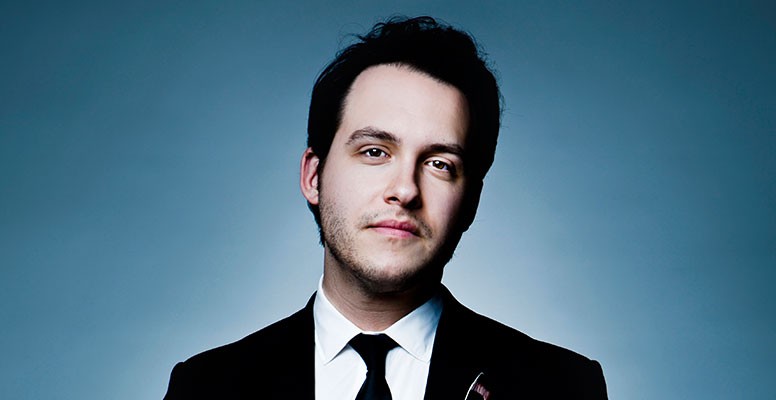 Symphony Nova Scotia is delighted to announce its 2015/16 concert season!

“There is so much to hear in our 2015/16 season,” says Music Director Bernhard Gueller.

“Highlights for me include violinist Giora Schmidt performing in two all-Sibelius concerts; the incomparable Andrea Ludwig singing old and new settings of Schubert songs; the Mozart Requiem; and an English Festival of Elgar, Britten, and Holst.

“In the Baroque series, we present not only Messiah with Alex Weimann and Bach’s Christmas Oratorio, but concerts led by Robert Uchida and Jeanne Lamon. And in the Pops concerts, the music of Queen, Buck 65, Rich Aucoin, and Meaghan Smith are just a few who will thrill – and of course the one and only Howard Cable. I know you will find lots to love, and we look forward to seeing you at some of our wonderful concerts this year.”

Season ticket packages are now available for 2015/16. Highlights include:

• After our last two sold-out Mozart spectaculars, we present yet another all-Mozart concert, this time featuring the intensely passionate Symphony no. 40.

• In a very personal concert for Maestro Gueller, we play old and new settings of Schubert’s most beloved songs.

• The finale of our season is the annual Festival, this time featuring the music of England. Highlights include hits like Edward Elgar’s moving Cello Concerto, performed by star cellist Shauna Rolston, along with Elgar’s Enigma Variations and Holst’s magnificent The Planets.

• Irish international superstars The Celtic Tenors join us for a concert blending Celtic, opera, and pop.

• We perform the spectacular music of Queen in our annual tribute concert.

• Following up on his critically acclaimed and sold-out appearance with the orchestra back in 2008, hip-hop artist Buck 65 (also known as CBC Radio 2 Drive host Rich Terfry) makes his long-awaited return.

• Sci-Fi Symphony features some truly epic music, with an epic celebrity host to match – The Lord of the Rings’ John Rhys-Davies (a.k.a. Gimli the dwarf)!

• After a hugely popular sold-out show with us in 2012, Canadian superstar Dan Mangan returns for two nights of rich, emotional music.

• Baroque specialist Jeanne Lamon returns to lead the orchestra in a concert featuring some of her favourite music from the Court of Dresden, the home of Europe’s finest 18th-century orchestra.

• Our former Concertmaster Robert Uchida returns to lead the orchestra in some of the Baroque period’s most popular music, including Vivaldi’s beloved Four Seasons.

• Our hit new Family Series returns with three more concerts of FREE musical fun for all ages at the Maritime Museum of the Atlantic.

• Our Alderney Encore series returns for the third year, with repeat performances of our most popular classical concerts at Dartmouth’s Alderney Landing Theatre.

• We once again present the annual hit The Nutcracker, celebrating its 25th anniversary as Halifax’s favourite holiday tradition.

• We perform at the Open Waters Festival in a concert featuring works from 20th- and 21st-century composers.

• We partner with the Nova Scotia Youth Orchestra for a rare performance of Shostakovich’s powerful Symphony no. 10.

Full details on the 2015/16 season are available now at our brand-new website at symphonynovascotia.ca. Or, to request a print brochure by mail, please e-mail us at [email protected]

Ticket packages for our 2015/16 concerts are on sale now!

Package holders save up to 35% over regular ticket prices and receive a host of exclusive benefits, including first choice of seats for all concerts.
Well over half of Symphony Nova Scotia’s 2014/15 concerts to date have sold out, and purchasing a ticket package is the best way to ensure you can attend the concerts you really want to see.