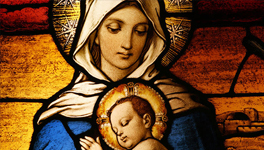 Written in 1741, Handel’s Messiah is a timeless, electrifying masterpiece, and a highlight of the Christmas season for hundreds of Nova Scotians each year.
This year, Symphony Nova Scotia performs Messiah in its entirety – a rare treat – with German-Canadian harpsichordist and conductor Alexander Weimann, one of the most in-demand baroque instrumentalists in the world.

“As it is for so many, Handel’s Messiah has always been an integral part of my musical life,” says Weimann.

“Since my childhood in Munich, where this piece was performed regularly both before Christmas and Easter, I took part in countless performances: as singer, organist, harpsichordist, and conductor.

“To me, one of the beautiful miracles about this oratorio is that every performance creates its own spiritual unity, far beyond the boundaries of creed and church denomination. Thus, it appeals to all of us.”

Weimann is an accomplished organist and harpsichordist as well as a conductor, and will conduct both Messiah concerts while simultaneously playing the harpsichord – an unusual feat that makes for a fascinating audience experience.

Weimann has appeared with Symphony Nova Scotia on multiple occasions, including as conductor of the orchestra’s 2012 Messiah concerts. His performances have always been audience favourites, balancing rich emotional depth and baroque authenticity.

For this year’s Messiah performances, Weimann will be joined by Symphony Nova Scotia, the Symphony Nova Scotia Chorus (including at its core the Halifax Camerata Singers, led by chorus master Jeff Joudrey), and four star guest soloists, hand-picked by Weimann himself: 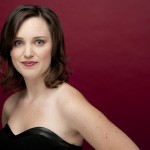 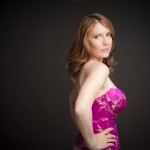 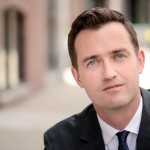 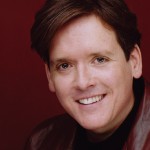 Jacqueline Woodley, soprano
“Sings with a touch of eroticism as well as seductive simplicity… will take your breath away.” (Now Toronto)

Krisztina Szabó, mezzo-soprano
“Her instrument is one-of-a-kind… a darling of Canadian experimental music and opera.” (Schmopera)

Aaron Sheehan, tenor
“His elegantly arched, supple phrasing caressed every word of the text, and his timbre revealed the luxury of Italianate warmth…” (San Diego Story)

Matthew Zadow, baritone
“The best singer was baritone Matthew Zadow… singing with rich tone and a timbre reminiscent of a young Hermann Prey in this role.” (Opera Canada)

“It is a great delight for me to come back to Symphony Nova Scotia for Handel’s Messiah,” said Weimann.
“To perform this piece is a privilege. I remember well the openness and serious interest that we shared during rehearsals and shows the last time. I am in joyful anticipation!”

Tickets for both Messiah concerts begin at $30 (HST included), and under-30s pay only $16. Plus, you can save up to 35% by purchasing a ticket package. Tickets are available at the Dalhousie Arts Centre box office (6101 University Avenue, Halifax), at 902.494.3820, or online at symphonynovascotia.ca.

About Alexander Weimann
Alexander Weimann is one of the most sought-after ensemble directors, soloists, and chamber music partners of his generation. After traveling the world with ensembles such as Tragicomedia, and as frequent guest with Cantus Köln, the Freiburger Barockorchester, Gesualdo Consort, and Tafelmusik, he now focuses on his activities as Conductor of the Pacific Baroque Orchestra Vancouver, and as Music Director of Les Voix Baroques, Le Nouvel Opéra, and Tempo Rubato. Of special note is his recent appointment as Artistic Director of the Seattle Baroque Orchestra, only the second person to hold this position since the orchestra was founded in 1994.

The Munich native has directed productions of Pergolesi’s La Serva Padrona with the Freiburger Barockorchester; Pepusch’s Beggar’s Opera at the Castle Theatre in Gotha; Handel’s Orlando Furioso at the Teamtheater in Munich; Telemann’s Seliges Erwägen at the Europäische Wochen festival at Passau; Caldara’s Clodoveo and the multipart opera event Mozart à Milano, both of which were Canadian-German co-productions mounted at festivals in Montreal and Vancouver, and at the Sanssouci Palace Theatre in Potsdam; and, for the Vancouver Early Music Festival, Handel’s Resurrezione, Rameau’s Pygmalion, Purcell’s Fairy Queen and King Arthur, Monteverdi’s Vespers, and Handel’s Orlando.

Heard on some 100 CDs, Weimann made his North American recording debut with Tragicomedia on the CD Capritio and won worldwide acclaim from both the public and critics for Handel’s Gloria (Atma Classique). Volume 1 of his recordings of the complete keyboard works by Alessandro Scarlatti appeared in May 2005. Critics around the world unanimously praised it, and in the following year it was nominated for an Opus prize as the best Canadian early-music recording. His recording of Buxtehude’s Membra Jesu with Les Voix Baroques won an Opus prize, and was nominated for a Juno Classic Award in 2007. The same year, he recorded Caldara’s Clodoveo (also Juno-nominated), and both conducted and performed as fortepiano soloist with the German ensemble Echo du Danube in concertos by Wagenseil.

He added to his solo outings with Bach’s Clavierübung II, and revisited his first love, the organ, with Scarlatti’s keyboard works, Volume 2. He also released an Opus award winning CD of Handel oratorio arias with Karina Gauvin and his Montreal based ensemble Tempo Rubato, Bach’s Johannes Passion, various albums with Les Voix Baroques on Buxtehude, Carissimi, and Purcell, all the above to rave reviews; his latest album with Karina Gauvin and Arion Baroque Orchestra (“Prima donna”) won a Juno in 2013; a complete recording of Handel’s Orlando was released in the summer of 2013, with international soloists and the Pacific Baroque Orchestra.

He has been associated with Lunds University in Malmö, Munich and Bremen’s Musikhochschule, McGill University, Berkeley (University of California), Dartmouth, Université de Montréal, and the Amherst Early Music Festival.

The core choir of the Symphony Nova Scotia Chorus is the nationally acclaimed Halifax Camerata Singers. Founded in 1986 by Jeff Joudrey, Artistic Director, the Halifax Camerata Singers performs choral repertoire from all periods and styles and is Atlantic Canada’s leading chamber choir. To learn more, visit their website at www.halifaxcamerata.org.