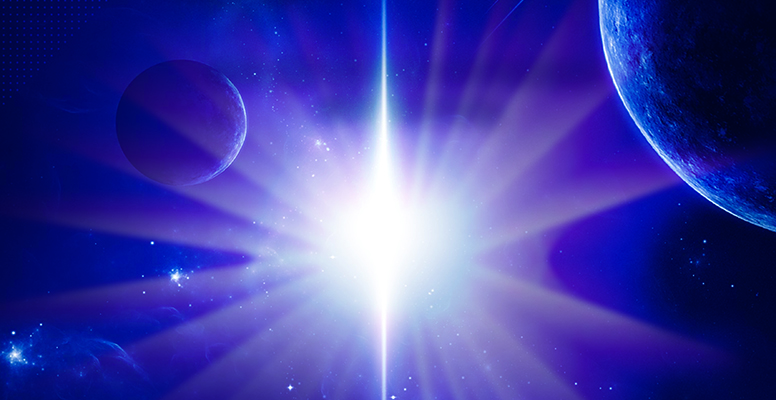 Halifax, NS – Symphony Nova Scotia performs Gustav Holst’s masterwork The Planets for the first time in a decade on Saturday, April 30 and Sunday, May 1 at 7:30 pm at Halifax’s Rebecca Cohn Auditorium.

From the driving rhythm of Mars to the ethereal mysticism of Neptune, The Planets is music on a massive scale – a relentless, forceful, no-holds-barred orchestral extravaganza.

In the 100 years since its composition, it has remained Holst’s best-loved work, with seven diverse and unique movements that each explore a different element of the astrological zodiac.

“The Planets is one of the greatest English pieces of the early 20th century – stirring, melodic, breezy, and simply gorgeous music,” says Maestro Gueller, who will be conducting both performances.

“However, many people do not realize that it is written from an astrological point of view, rather than describing the real planets. For example, Mars is the Roman god of war, not a red ball in space, and so forth. But whatever your interpretation, it is a huge, spectacular work, and I am really looking forward to this.”

In this concert, the orchestra also partners with Canadian mezzo-soprano Allyson McHardy for its first-ever performance of Elgar’s passionate Sea Pictures.
“The Sea Pictures is sadly not a very well known piece,” says Maestro Gueller. “But it is absolutely wonderful.”

This concert will be McHardy’s second appearance with the orchestra, after an acclaimed appearance in 2013 performing Beethoven’s Ninth. McHardy is a JUNO-nominated singer with a busy performing and recording schedule, with recent performances including appearances with the Toronto Symphony, Les Violons du Roy, and the Chicago Symphony.

To make this performance possible, Symphony Nova Scotia’s 37-member orchestra will be expanded by 31 additional musicians, creating a combined orchestra of 68 musicians.

Plus, audiences can experience something new at these concerts as Air Canada, the official airline of Symphony Nova Scotia, presents a new “Travel Through Music” interactive kiosk.

This kiosk has travelled from coast to coast, visiting orchestras throughout Canada, and features a “virtual orchestra” made up of musicians from sponsored orchestras across the country.

Audience members play the role of the Maestro, choosing players they want to hear playing their respective parts of music by Mozart, Beethoven, and Bizet. Symphony Nova Scotia members Dominic Desautels, Brian James, and Richard Simoneau are featured. One lucky audience member at each concert will also be the winner of a $500 Air Canada gift certificate.

Learn more about the music with these free pre- and post-concert programs:

Both concerts are part of Symphony Nova Scotia’s English Festival, a four-concert event celebrating England’s greatest music. The Festival will also include performances on April 27 and 28.

Please note: Canadian astronaut Chris Hadfield will not be making a video appearance at the Planets concerts, as originally advertised, but will instead be appearing in person as the star of a separate concert with the orchestra in February 2017, Symphony in Space with Chris Hadfield.

Tickets for The Planets are on sale now! Prices start at $30 (HST included), and under-30s pay only $16 per ticket with the TD Under-30 Access Pass (available free of charge at the box office). Call 902.494.3820 or visit our website at symphonynovascotia.ca. 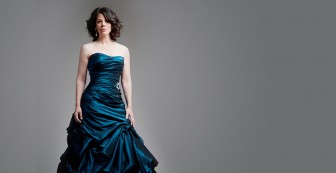 About Allyson McHardy, mezzo-soprano
Mezzo-soprano Allyson McHardy’s voice has been described as radiant, dusky, incandescent, and sumptuous; her presence on stages in Canada, the United States, and France have drawn comments such as noble, spellbinding, charming, and seductive.

Following summer performances at the Aix-en-Provence Festival’s production of Britten’s A Midsummer Night’s Dream, Allyson’s 2015/16 sees her reprise the role of Suzuki in Madama Butterfly with both the Opéra de Montréal and Vancouver Opera.

In concert, she performs Mozart’s Requiem with the Toronto Symphony Orchestra, Mozart’s Mass in C minor with Les Violons du Roy in Montreal and Quebec City, Handel’s Messiah with the Chicago Symphony Orchestra and the St. Louis Symphony, and this performance of Elgar’s Sea Pictures with Symphony Nova Scotia.
A consummate concert and recital artist, Allyson has appeared in Beethoven’s Symphony no. 9 with the Toronto Symphony and Symphony Nova Scotia; Handel’s Messiah with Tafelmusik Baroque Orchestra, the Toronto Symphony, and the National Arts Centre orchestra in Ottawa; as St. Catherine in a concert performance of Honegger’s Jeanne d’Arc au Bûcher with the Montreal Symphony Orchestra; Elijah in Montreal, Les Nuits d’Été in Bielefeld, Germany; Beethoven’s Choral Fantasia with Bernard Labadie and Les Violons du Roy; and Mahler’s Symphony no. 2 and Dream of Gerontius at Chicago’s Grant Park Music Festival and in a concert devoted to music in the life and work of Robertson Davies.

Allyson also took on an innovative collaboration with the Alberta Ballet, performing Requiem, choreographed by Jean Grand-Maître and set to the music of Mozart’s masterpiece, and appeared in a national tribute to Maureen Forrester at Stratford Summer Music. Recitals have taken her to many centres in Canada.

Allyson’s most recent recording is the 2014 JUNO-nominated Handel’s Orlando with the Pacific Baroque Orchestra and Alexander Weimann (ATMA). Other CDs include the JUNO and ADISQ-nominated Caldara’s La Conversione di Clodoveo, Re di Francia (ATMA) in which she performed the title role, Bellini’s Norma with the Warsaw Philharmonic (Philharmonia Narodowa), two works by Harry Somers, Serinette and A Midwinter Night’s Dream (Centrediscs), and Ukrainian music by composer Mykola Lysenko in a six-disc collection by the Musica Leopolis label.

Allyson currently lives in Toronto with her husband and daughter.