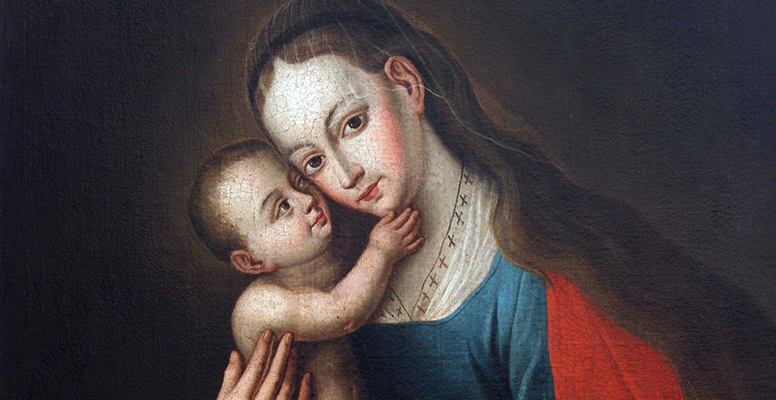 The Christmas Oratorio is a dramatic, contemplative work, and a beloved holiday favourite around the world. This performance of the Christmas Oratorio will feature Canadian conductor and Baroque specialist Kevin Mallon, four guest vocal soloists, the Halifax Camerata Singers, and Symphony Nova Scotia.

“It’s become customary for the entire work to be presented as a whole, but since this would take nearly four hours, I’ve come up with a reduced version which highlights the story but is still representative of the work.”

Bach originally wrote the Christmas Oratorio’s cantatas as religious works, to be performed at the churches in Leipzig, Germany where he was employed as Music Director in the early 1700s. The Oratorio has endured for 300 years as a joyful celebration of the season, and today it’s regularly performed throughout Europe during the holidays.

“The Christmas Oratorio in Germany is what Handel’s Messiah is in English speaking countries,” says Mallon.

“It’s music designed to move the spirits and touch the hearts of the audience. The largest choruses with trumpets and drums are always a moving experience, and the arias are tender and poignant.”

And though the Oratorio was intended as a devotional work, it remains accessible to audiences of all religious (or non-religious) stripes, says Mallon.

“It’s still possible to bask in the general spiritual world and to find your own meaning in these works. It’s a crazy and violent time in the world, but we can pursue peace in our music making – and the Christmas Oratorio is inspired and moving and always has this general effect.”

In addition to the orchestra and the 26 voices of the Halifax Camerata Singers, the Christmas Oratorio will feature four guest vocal soloists, hand-picked by Mallon himself: Virginia Hatfield, soprano; Maria Soulis, mezzo-soprano; Zach Finkelstein, tenor; and Giles Tomkins, bass-baritone.

“This group of Canadian soloists are simply the best I can imagine to sing this music,” says Mallon.

“Virginia Hatfield has a beautiful pure yet rich soprano voice. Maria Soulis, who lived in Germany for many years, brings a moving quality to the mezzo-soprano arias. Zach Finkelstein is renowned for his tenor recitatives in Bach, and has been lauded in the early music community. And Giles Tomkins has a velvety bass voice, which is like another orchestral instrument.”

Mallon is a familiar face in Nova Scotia, and has conducted Symphony Nova Scotia multiple times – most recently in his unique “Dublin” Messiah, an audience and critical favourite.

“I have always found the Halifax audience to be attentive and genuinely involved in the music being performed,” says Mallon. “This isn’t always the case, but it is one reason I look forward to going to work with Symphony Nova Scotia.”

The Christmas Oratorio will be performed on Saturday, November 28 at 7:30 pm and Sunday, November 29 at 2:00 pm at St. Andrew’s United Church (corner of Robie Street and Coburg Road), Halifax.

Tickets for both concerts begin at $50 (HST included), and you can save up to 35% by purchasing a ticket package. Tickets are available at the Dalhousie Arts Centre box office (6101 University Avenue, Halifax), at 902.494.3820, or online at symphonynovascotia.ca.

About Kevin Mallon
Conductor Kevin Mallon grew up in Belfast, Northern Ireland. A scholarship took him to Manchester’s specialist music school, Chetham’s School of Music, where he was greatly influenced by the conductor and early music specialist John Eliot Gardiner. At Chetham’s, Mallon was involved in the choirs, singing with the award-winning Chetham’s chamber choir and at Manchester Cathedral. He was a member and rehearsal conductor of the National Choir of Great Britain.
Later studies included Composition with Peter Maxwell Davies at Dartington College of Arts and Violin at the Royal Northern College of Music. While a student, Mallon played in projects with the Halle and BBC Philharmonic orchestra.

From 1989 to 1992, Mallon led and directed the Irish Baroque Orchestra, and was Concertmaster of Le Concert Spirituel and Les Arts Florissants in Paris. With these groups, he recorded and performed concerts all over Europe, including Vienna, London (Wigmore Hall), Berlin, Paris (Versailles), Russia, The Baltic States, China, and Japan. In 1993, he accepted positions with the University of Toronto and Tafelmusik Baroque Orchestra – positions he left in order to pursue his conducting career.

In 1999 Mallon founded the vocal and instrumental group the Aradia Ensemble, with whom he has toured widely, and became conductor of the Toronto Chamber Orchestra. With these ensembles he has made over 50 recordings for Naxos, produced two music videos, and appeared on numerous film soundtracks including Jim Carrey’s Yes Man. The Aradia Ensemble has toured extensively across Canada, to Ireland, Italy, the U.S., and New Zealand. From 2010 to 2013, Aradia was the orchestra in residence at the Centre for Opera Studies in Italy with Mallon conducting: Handel’s Giulio Cesare, Mozart’s Don Giovanni, and Le nozze di Figaro.

The Gramophone and BBC magazines have featured major profiles on Mallon. He won Gramophone Editors Choice Awards for his recordings of Boyce symphonies and Handel’s Water Music and Royal Fireworks. Further awards include a 2009 Juno nomination for a Haydn symphonies CD.

In Ireland he was appointed Artistic Director of Opera 2005, formed to celebrate Cork’s tenure as European Capital of Culture. With this company he conducted Mozart’s Le nozze di Figaro and Don Giovanni, Bizet’s Carmen, Weill’s Threepenny Opera, Rossini’s Barber of Seville, and Verdi’s Ballo in Maschera. The company was three times nominated for the Irish Times Theatre Award. In 2009, Mallon undertook a contact with the Odessa Opera, Ukraine, to conduct in Odessa, then on tour to Holland, Belgium, and Spain.

About the Halifax Camerata Singers

The Halifax Camerata Singers are Atlantic Canada’s premier chamber choir. Founded in 1986 by Artistic Director Jeff Joudrey, the Nova Scotia ensemble has distinguished itself by performing exciting choral repertoire that covers all periods and styles, with special attention to Canadian music. The auditioned choir is known for its high performance standards, claiming national recognition and the Healy Willan Grand Prize in the 2010 National Competition for Canadian Amateur Choirs. The choir includes performers from many parts of Nova Scotia and one from PEI and is frequently heard on CBC Radio.

The choir performs regularly with Symphony Nova Scotia, forming the core of the Symphony Nova Scotia Chorus since 2001, and collaborates with solo and chamber musicians, including an upcoming performance with Principal Clarinet Dominic Desautels in April 2016. The Blue Engine String Quartet and Symphony members Hilary Brown (cello) and Jennifer Jones (violin) are featured on the choir’s newly-released CD, A Time for All Things. The choir’s piano accompanist is Lynette Wahlstrom.

The choir has made four other recordings to date, including: Solace: Songs of Remembrance (2009), Songs of the Stable: Christmas Music from Canada (2006), Songs of Home (1997), and Celtic Mass for the Sea (1993). Camerata’s recordings are available at the Symphony Boutique, on its website, at Taz Records, and through iTunes.

Halifax Camerata performs in regional concert series such as Music at Three Churches, Musique Royale, the Dartmouth Community Concert Series, and the Indian River Festival. Active in commissioning choral music from Canadian and international composers, the choir is proud to encourage young singers through its Youth Mentoring Program, bursaries for the Nova Scotia Youth Choir, and Young Composer’s Competition. The organization was also instrumental in the success of Xara, a choral theatre ensemble for young women aged 18-30, which was founded as a youth initiative of the Halifax Camerata Singers in 2008.
The Halifax Camerata Singers is a not-for-profit society managed by a volunteer Board of Directors and supported by the Canada Council for the Arts, the Lloyd Carr-Harris Foundation, Arts Nova Scotia, Halifax Regional Municipality, and individual donors and corporate supporters. Learn more at halifaxcamerata.org, or follow the choir on Facebook and Twitter.