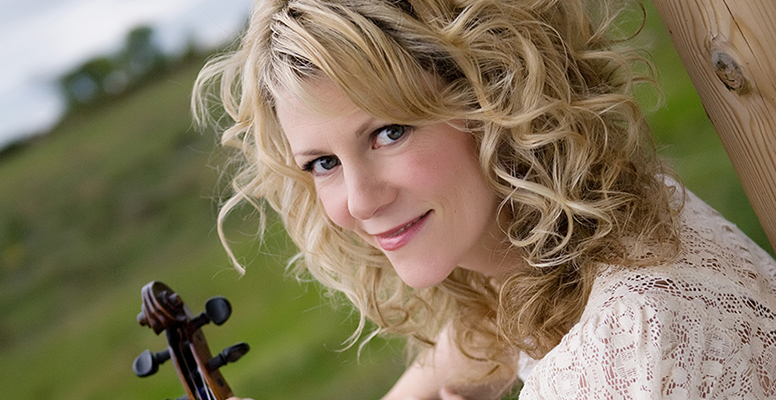 Highlights include the RDV 2017 Tall Ships Celebration on the waterfront with Natalie MacMaster presented by CBC, full-orchestra performances celebrating Nova Scotia with singer Reeny Smith and drummer Trevor Gould in Halifax and Dartmouth, and a charming afternoon Tea Dance with Halifax Pride at the Halifax Citadel.

The full-orchestra concerts will be conducted by Daniel Bartholomew-Poyser, Symphony Nova Scotia’s Artist in Residence and Community Ambassador.

“We’re delighted to present our first-ever lineup of free summer performances throughout our community,” says Daniel.

“These concerts will be great summer fun for the whole family, and a chance to come together and celebrate some of Nova Scotia’s incredible music. We’re very grateful to the Province of Nova Scotia for helping to make this week possible, as well as our partners at Pier 21, Halifax Pride, and Waterfront Development.”

Celebrate Nova Scotia’s vibrant musical landscape in this lively, fun, and free concert experience for the whole family! This full-orchestra event brings together Mi’kmaq chants and drumming, African Nova Scotian songs, Acadian fiddling and dancing, and new symphonic music – plus traditional favourites like Stan Rogers’ The Bluenose and Farewell to Nova Scotia. Don’t miss this symphonic celebration of the rich, colourful, and powerful music of our beloved home by the sea.

Symphony Nova Scotia gratefully acknowledges the support of Nova Scotia’s Department of Communities, Culture, and Heritage through the 150 Forward Fund.

Symphony Nova Scotia and Halifax Pride present a charming afternoon Tea Dance of splendid waltzes for waltzing, bouncy polkas for polking, and light classics for listening! Then stick around for a change in tempo as we continue to boogie to disco tunes. Free for all ages.

Bring your lunch and join Symphony Nova Scotia musicians Max Kasper, Yi Lee, and Anita Gao Lee for an informative and fun look at music from the Baroque period. Hear music from composers like Corelli, Bach, Handel, Telemann, and Pachelbel, along with entertaining, informative stories about the composer’s lives. (We might even talk a bit about what the heck a “trio sonata” is!)

Celebrate the Tall Ships with Cape Breton’s Grammy-winning, world-famous, multiple-gold-album superstar! The one and only Natalie MacMaster joins forces with Symphony Nova Scotia for one of the must-see free events of the summer – a foot-stomping, crowd-pleasing performance of down-home jigs, reels, and strathspeys that’ll have the whole family step-dancing in the street. Plus, Symphony Nova Scotia and the Elmer Iseler Singers perform a lush symphonic tribute to Canada 150, featuring some of the nation’s best-loved and most popular songs – topped off by a surprise grand finale with cannons and fireworks!

In celebration of Canada’s 150th, the National Youth Orchestra of Canada returns to Halifax for the first time in over a decade as a part of their Edges of Canada tour! Hear 92 of the best young musicians in the country perform live alongside Indigenous Canadian artists in this thrilling, inspirational concert experience. Featuring Strauss’ spectacular Death and Transfiguration, Mussorgsky’s Pictures at an Exhibition, and The Unsilent Project – a brand-new, youth-oriented response to Truth and Reconciliation.

To join the waitlist, visit symphonynovascotia.ca.