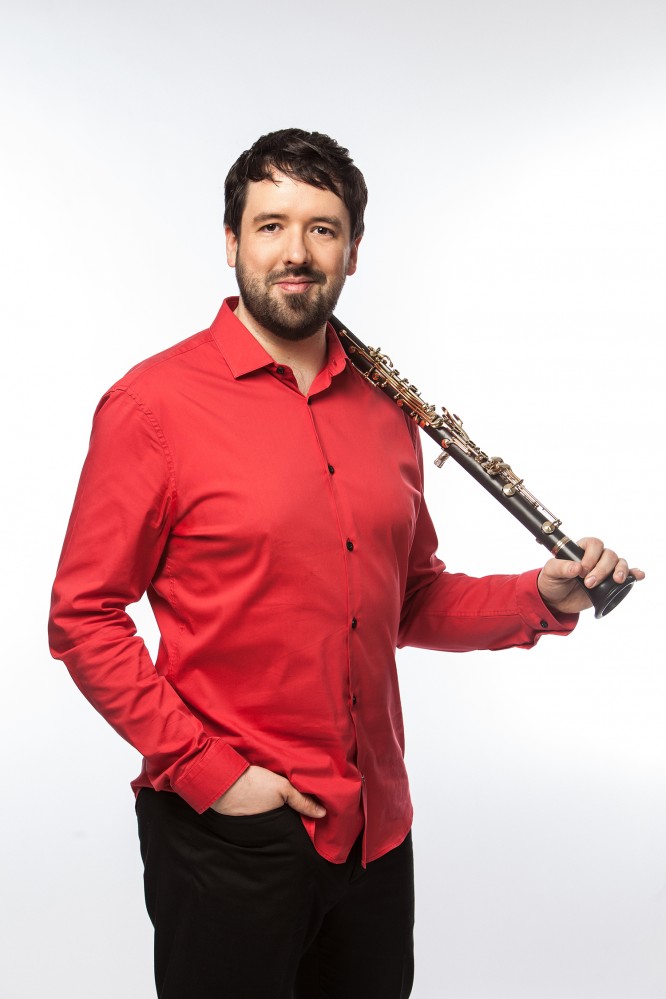 Celebrate the 259th birthday of the world’s most iconic composer with Symphony Nova Scotia! The orchestra presents two nearly-sold-out performances of “Magnificent Mozart” on Thursday, January 29 in Halifax and Sunday, February 1 in Dartmouth.

The concert’s program contrasts Mozart’s early work with some of his greatest symphonic achievements. The concert begins with the ambitious, commanding “Haffner” Symphony, alongside the intimate Clarinet Concerto, performed by Symphony Nova Scotia’s own virtuoso clarinetist Dominic Desautels.

Then, the orchestra performs Mozart’s Symphony no. 4, an early work written when the child prodigy composer was only nine years old. And for the grand finale, we’ll hear the majestic, thundering “Jupiter” Symphony, one of Mozart’s most popular works, and the final symphony he wrote before his untimely death in 1791.

“Mozart’s birthday is January 27, and we’re happy to celebrate with this concert,” says Symphony Nova Scotia Music Director Bernhard Gueller, who will be conducting both performances.

“The curiosity will be Mozart’s Fourth Symphony, which he wrote when he was nine. I’m also looking forward to hearing our Dominic get his first chance here as soloist – his performance of the Clarinet Concerto will be stunning.”

Details for the Halifax and Dartmouth performances are:

The complete concert program for both “Magnificent Mozart” performances includes:

Behind the Scenes with Bernhard Gueller: Magnificent Mozart

Despite a late start on the clarinet at age 15, Dominic has quickly earned acclaim and recognition since his debut as a soloist at age 21 with the Toronto Symphony Orchestra in a series of 11 concerts.

He is the winner of several competitions and awards in Canada, notably Radio-Canada’s Young Artist auditions, and the Université de Montréal’s concerto competition. He was also the winner of the prestigious 33rd International Stepping Stone competition, one of few wind instrumentalists to have won a prize in the competition’s history.

In the 2012/13 season, Dominic performed 40 recitals in a tour across Canada with pianist Tina Chong, presented by Jeunesses Musicales of Canada. He was a participant in many festivals such as the Scotia Festival of Music, Festival du Bic, Folle Journée in Rio de Janeiro, and the Halifax Jazz Festival.

Dominic gained valuable experience as an orchestral musician early in his career. Following his solo debut with the TSO in 2004, he returned as guest Principal Clarinetist, making him one of the youngest musicians to ever be hired by the orchestra. In 2008, Dominic Desautels was appointed as Principal Clarinetist of the Orquestra Filarmônica de Minas Gerais, one of the most prominent orchestras in Brazil.

A musician endowed with great sensitivity, imagination, and flexibility, he has shown himself to be a remarkable improviser performing within ensembles of various music genres. He performs internationally as a chamber musician, recitalist, and soloist with orchestras, on the radio, and on television.

Dominic Desautels has received career development support from Jeunesses Musicales of Canada. He is a Yamaha Artist and performs on the CSG clarinets.