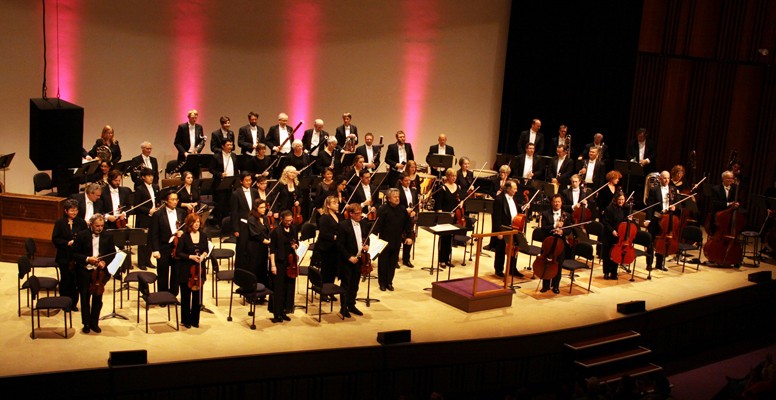 “The 2014/15 season was one of resounding success for Symphony Nova Scotia,” says Dennice Leahey, Chair of Symphony Nova Scotia’s Board of Directors. “Maestro Gueller and the musicians performed with passion and finesse, our community outreach efforts continued to blossom, and for the second year in a row, we enjoyed record-breaking ticket sales.”

A major success in 2014/15 included an increase of 17% in ticket revenue over 2013/14, which had also increased 19% over the previous year. Throughout the 2014/15 season, which ran from September through May, the orchestra sold more than 35,000 tickets, an increase of 10% over the previous year. During one particularly memorable week in March 2015, the orchestra performed for more than 4,000 people with five sold-out concerts: Bach’s Magnificat, Jill Barber, and three performances of the worldwide touring sensation Video Games Live.

Thanks to the generosity of the Symphony’s many supporters, donations from individuals also saw a strong increase in 2014/15, rising by an incredible 26% over the previous season. This private sector support is vital to the Symphony’s continued financial stability, and they are extremely appreciative to those who value the contribution the arts play in the community.

The Symphony was also grateful for the ongoing investment of its government, community, and corporate supporters. New funding this year included $35,000 from the City of Halifax, and a $15,000 grant from TELUS that supported the new “Beyond the Hall” touring program. Other new outreach programs included free “Symphony 101” classes at local libraries, the participatory “Link Up” program for elementary students, and the brand-new, filled-to-capacity free Family Series at the Maritime Museum of the Atlantic.

Another achievement in 2014/15 was the signing of a five-year Collective Agreement with the orchestra’s musicians. The new agreement includes increases in health care coverage, annual salary increases, and a brand-new paid summer season. The Collective Agreement was supported by a new organization-wide Strategic Plan, which reinforces the Symphony’s commitments to artistic quality, financial stability, community engagement, and fair remuneration for musicians.

Another highlight in 2014/15 was the ongoing success of the Symphony Nova Scotia Foundation, which is currently valued at $11.3 million. Thanks to the donors to the Listen to the Future Campaign and the careful management by the Foundation Board, including Chair Dale Godsoe, treasurer Alan Barkhouse, and secretary Tim Matthews, the Foundation’s transfer of $496,728 in 2014/15 was an important factor in the overall financial success of the season. The Symphony continues to focus on building and strengthening the endowment for the future.

Challenges faced in 2014/15 included two concert cancellations due to weather, resulting in an estimated $30,000 in lost revenue. The orchestra’s three-year operating grant from the Canada Council was also cut by 6%, resulting in a reduction of administrative staff, and a tightening of expenses across the organization. Despite these challenges, the orchestra concluded the season with a deficit of $34,000, less than 1% of its total operating budget.

“We’ve had an incredible season, and we’re very proud of the progress we’ve made,” says Chris Wilkinson, CEO of Symphony Nova Scotia. “Even so, the orchestra industry is a challenging one, and is facing the profound effects of reduced public funding, dwindling music education in schools, changing musical interests, and new methods of media consumption. It’s our goal to find creative ways to face these challenges, and ensure our orchestra’s sustainability for the future.”