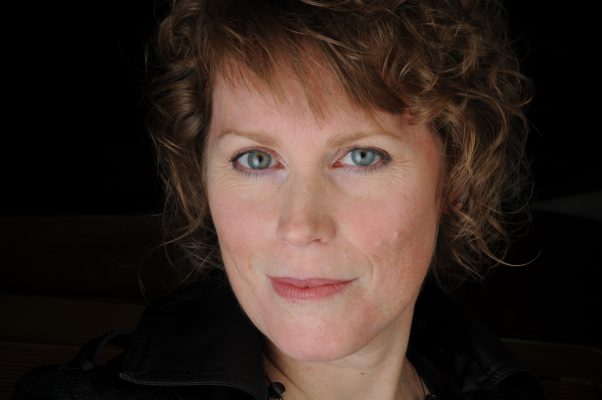 Launched in 2016, the Maria Anna Mozart Award supports the work of Canadian women composers, providing funds for Symphony Nova Scotia to commission and perform a new symphonic work by a Canadian woman every three years. The award is the first of its kind in Canada, and was made possible through the generosity of Halifax resident and Symphony supporter Dr. Jane Gordon.

“We received so many applications, full of incredibly good music – I am always amazed at the wealth of outstanding compositional talent there is in Canada,” says Bernhard Gueller, Music Director of Symphony Nova Scotia.

“Kelly-Marie Murphy stood out. Her submitted pieces immediately grabbed my attention. They were, from the first note, so interesting and full of temperament, so well crafted. I know Symphony Nova Scotia will do great justice to the world premiere of her new piece, made possible through the generosity, foresight, and insight of Jane Gordon.”

Murphy’s music has been described as “breathtaking” (Kitchener-Waterloo Record), “imaginative and expressive” (The National Post), “a pulse-pounding barrage on the senses” (The Globe and Mail), and has been performed across Canada and around the world. She is the winner of multiple awards and prizes, and has written for some of Canada’s leading performers and ensembles, including the Toronto, Winnipeg, and Vancouver Symphony Orchestras, the Gryphon Trio, and the Cecilia and Afiara String Quartets.

Murphy describes Dragon, Unfolding as being inspired by an ancient Japanese legend that anyone who folds one thousand paper cranes will be granted a wish.

“In Japanese mythology and folklore, the dragon was believed to signify wisdom, success, and strength,” says Murphy. “In creating Dragon, Unfolding, I speculate about what would happen if one folded a thousand paper dragons.”

Dragon, Unfolding will be about 10 minutes in length, and consists of a single strong and energetic movement, which follows the dragon being formed, rising, and taking flight.

The new piece will be premiered by Symphony Nova Scotia on March 8, International Women’s Day. The concert will be led by guest conductor Jean-Claude Picard, and the program will also feature Beethoven’s Symphony No. 8 and Copland’s Clarinet Concerto, highlighting the Symphony’s own virtuoso clarinetist Dominic Desautels.

“I am honoured to be the first recipient, and extremely thankful for the generous support of Dr. Jane Gordon in creating this opportunity,” says Murphy.

“I was absolutely delighted with the number of women who applied for this award,” says Dr. Jane Gordon, the supporter of the award. “It showed me that many women across Canada are working to create symphonic music. And now that Symphony Nova Scotia is aware of these women, they’re part of the pool of Canadian composers to consider in the future.”

According to a recent report by NPR, only 1.8% of music programmed by major U.S. orchestras was written by women. Even more surprising is the fact that women composers only accounted for 14.3% of performances of works by those living composers.

About Symphony Nova Scotia
Symphony Nova Scotia is Nova Scotia’s orchestra. With a home base in Halifax and performances across the province, Symphony Nova Scotia reaches more than 50,000 Nova Scotians of all ages each year with a diverse mix of concerts, free community programs, and educational outreach. Under the thoughtful and dynamic leadership of Music Director Bernhard Gueller, it is the largest employer in Nova Scotia’s cultural community, and has won many awards, including five East Coast Music Awards for classical music. Visit www.symphonynovascotia.ca to learn more, listen online, or get tickets today!