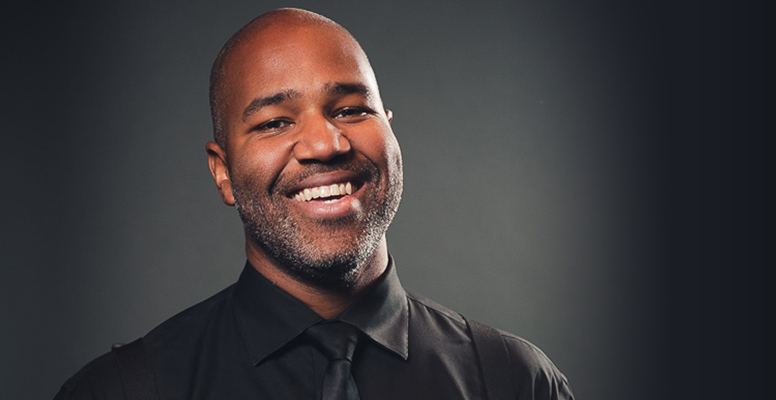 Daniel is a multi-award winning conductor and composer, and a passionate communicator whose relaxed, approachable style and broad musical expertise have already made him a favourite with audiences in Halifax.

“The city of Halifax is growing and it has huge plans for growth over the next decade, and we at the Symphony want to grow along with it.”

Daniel has appeared with Symphony Nova Scotia over the past several seasons as a community liaison and guest conductor, leading popular concerts like the orchestra’s Family Series and its fall 2016 Halifax Pop Explosion collaboration with Mo Kenney.

In his new role as Artist in Residence and Community Ambassador, Daniel will help Symphony Nova Scotia build relationships with a variety of communities and schools, and lead conversations around broadly-based cultural engagement.

“My role as Community Ambassador will be going to different parts of the community, talking to different stakeholders, and seeing how their goals intersect with ours,” says Daniel.

“I’ll be looking at how we can represent different parts of the Halifax community and Nova Scotian community through music.”

During the 2017/18 season, Daniel will continue to conduct a number of Symphony concerts, including Fusion series concerts, Family concerts, community education and outreach events, and ballet concerts.

“He is a brilliant communicator and musician, and has a thorough appreciation of the meaningful community engagement required by orchestras in the 21st century. We’re confident that this new role will create opportunities and deepen partnerships with a variety of communities and cultures throughout Halifax and Nova Scotia.”

Daniel’s tenure as Artist in Residence and Community Ambassador begins in September 2017. Concerts he will conduct in 2017 include Symphony Meets Bhangra, a Halifax Pop Explosion collaboration with Ria Mae, and a celebration of Symphonic Soul. 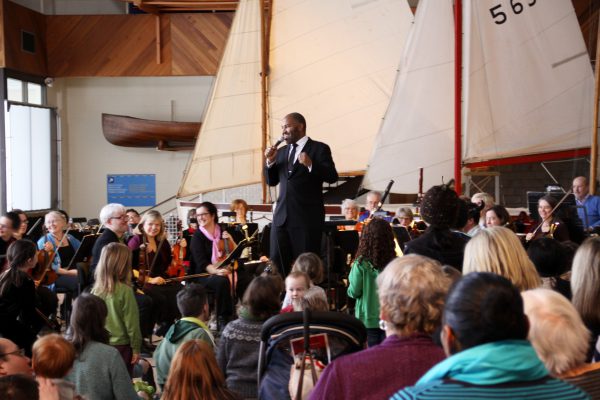 Above: Daniel Bartholomew-Poyser with Symphony Nova Scotia at a sold-out Family Series concert at the Maritime Museum of the Atlantic.

Daniel Bartholomew-Poyser joins Symphony Nova Scotia as Artist in Residence and Community Ambassador for the 2017/18 season.

Daniel has worked with some of the foremost conductors of this generation; among them are Mark Elder, Clark Rundell, Baldur Bronnimann, Arthur Post, and Kenneth Kiesler. He is currently Assistant Conductor of the Kitchener-Waterloo Symphony in Ontario, Canada. Previous to his appointment in Kitchener-Waterloo, he was Assistant and then Associate Conductor of the Thunder Bay Symphony Orchestra.

A passionate communicator, Daniel brings clarity and meaning to the concert hall, fostering deep connections between audiences and their performers. He has appeared as a guest conductor with the Calgary Philharmonic, Eastern Sierra Symphony, and Rochester Philharmonic, and appears regularly with Symphony Nova Scotia. He has also been invited back to the San Francisco Symphony for this season.

Daniel earned the Faculty of Fine Arts Gold Medal at the University of Calgary along with a Bachelor of Education and a Diploma of Fine Arts in Advanced Wind Conducting. He studied at the Royal Northern College of Music in Manchester, England, where he earned the Royal Northern College’s James Kershaw Memorial Scholarship, the Brierley Conducting Prize, the David Frederick-Baker Memorial Prize, and the Master of Philosophy in Music Performance degree.

In Canada, Daniel has been awarded the Canada Council for the Arts’ Jean-Marie Baudet Award for Orchestral Conducting, and was recently awarded an RBC Royal Bank Emerging Artist Grant.