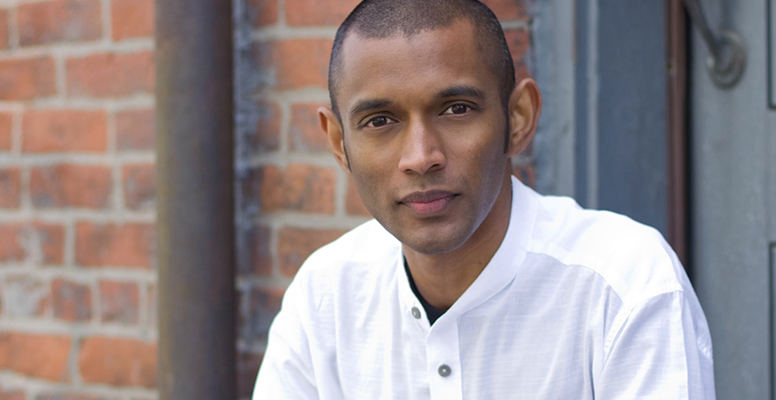 Halifax, NS – Nova Scotia’s own Dinuk Wijeratne is the winner of the 2016 JUNO Award for Classical Composition of the Year.

Wijeratne’s JUNO win was announced this past Saturday, April 2, at the awards ceremony in the Calgary TELUS Convention Centre.

He was nominated for his new work entitled Two Pop Songs on Antique Poems, performed by the Afiara Quartet with Nova Scotia’s Skratch Bastid on their award-winning 2015 release Spin Cycle.

Two Pop Songs on Antique Poems has also been nominated for an ECMA, with winners to be announced during East Coast Music Week, happening April 13-17, 2016 in Sydney, NS.

Wijeratne’s two JUNO-winning pieces from the album can be heard online here:

The Afiara Quartet and Skratch Bastid also performed another work by Wijeratne entitled Through the Invisible at the JUNO ceremony, which can be seen online here.

“I just got back home, and I can tell you that the whole JUNO experience was such a wonderfully crazy blur of activity that I need some time now to stare at the Halifax waterfront to make sense of it all!” says Wijeratne.

“I’m privileged to have been there amongst so many nominees from Nova Scotia, and can’t wait to get back to creating more music for my Symphony Nova Scotia family.”

Wijeratne has a long history with Symphony Nova Scotia. He was appointed as the orchestra’s Resident Conductor in 2005, shortly after his arrival in Canada, and has continued to conduct and compose for the orchestra ever since.

Wijeratne is already busy at work creating his first new composition for Symphony Nova Scotia, entitled Polyphonic Lively. The orchestra will perform it at its first classical concert of its 2016/17 concert season, scheduled for October 13, 2016 at the Rebecca Cohn Auditorium.

“Here at RBC, we believe in the power of art to enrich our lives and enhance our communities,” says Stewart Robinson, Regional Director, RBC Dominion Securities.

“Our support of the arts has been a long-standing priority, as we recognize the importance of the arts in building vibrant communities and strong economies. We’re proud to support the rising career of such a promising young composer as Dinuk Wijeratne, and to continue our long-term partnership with Symphony Nova Scotia.”

RBC’s Emerging Artists Project provides support to registered charities or other qualified recipients in a range of genres including visual art, music, theatre, performance, literature, and film. The program supports programs that provide emerging artists with mentorship, apprenticeships, and exposure to new and diverse audiences throughout their career. In 2013, the RBC Foundation committed $6.7 million to arts and cultural organizations, supporting local, national, and international initiatives. 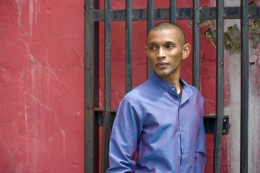 About Dinuk Wijeratne
The Sri Lankan-born composer, pianist, and conductor Dinuk Wijeratne has been described by the New York Times as “exuberantly creative” and by the Toronto Star as “an artist who reflects a positive vision of our cultural future.” His boundary-crossing work sees him equally at home in collaborations with symphony orchestras and string quartets, Tabla players and DJs, and takes him to international venues as poles apart as the Berlin Philharmonie and the North Sea Jazz Festival.

Dinuk grew up in Dubai before studying composition at the Royal Northern College of Music (RNCM, Manchester, U.K.), at the Juilliard School with John Corigliano, and conducting at Mannes College. He is the recipient of the Canada Council Jean-Marie Beaudet award for orchestral conducting; the Nova Scotia Established Artist Award; multiple Masterworks and Merritt Award nominations; Juilliard and Mannes scholarships; two Countess of Munster composition grants; the Sema Jazz Improvisation Prize; the Soroptimist International Award for Composer-Conductors; and the Sir John Manduell Prize – the RNCM’s highest student honour. His music and collaborative work embrace the great diversity of his international background and influences.