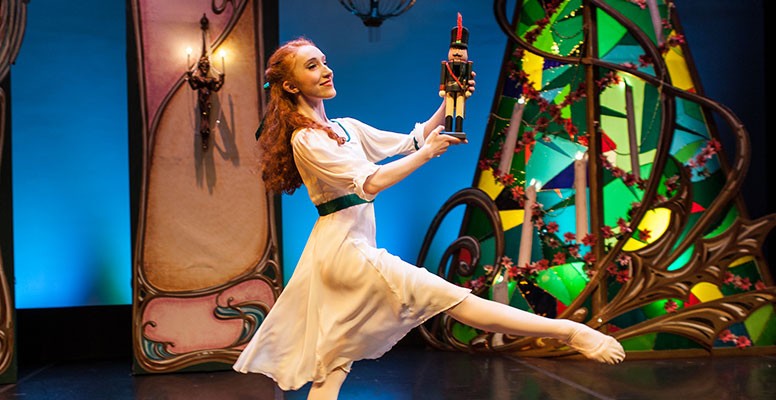 Running from December 4-13 at Halifax’s Rebecca Cohn Auditorium, this annual production by Symphony Nova Scotia, Halifax Dance, and Mermaid Theatre of Nova Scotia is unmatched by any other in the province. Combining the talents of over 100 musicians, dancers, and production staff, The Nutcracker entertains thousands of Nova Scotians each year.

It’s the story of a young girl who falls asleep in a dormitory and wakes up in a fantasy world with her beloved Nutcracker Prince. Together, they fight the vicious Mouse Queen and travel through an enchanting Land of Snow to the Palace of the Rag Doll Queen, where flowers, dolls, and toys come to life.

The 25th anniversary production of The Nutcracker brings back the combination of larger-than-life puppetry, live music, and dramatic narrative dance that Halifax audiences have loved for 24 years. However, it also features some special updates – including a brand-new prologue, refreshed choreography, and sparkling new costumes and puppets.

“The Nutcracker has never failed to express what is best about the holiday season,” says choreographer and artistic director Leica Hardy.
“It remains full of beauty, charm, joy and enthusiasm. It has embodied my holiday sentiments for the past 24 years and I look forward to sharing it with everyone each year.”

The Nutcracker’s cast of dancers is made up of local professionals performing alongside young dancers from Halifax Dance, the Leica Hardy School of Dance, and other local dance schools. Combined, there are more than 40 dancers and puppeteers in the production, ranging in age from nine all the way to 65.
This year’s production features the highly anticipated return of 22-year-old Halifax native Hannah Mae Cruddas, who will once again dance the principal role of Clara after her debut in the role last year.

Hannah Mae has literally grown up with The Nutcracker – she made her first appearance in the production at age 10 as a Little Mouse, and since then has danced a variety of roles, including the Rag Doll and Snow Maiden. Hannah Mae is currently a company dancer with Canada’s Ballet Jörgen in Toronto, and is in the midst of performing in Sleeping Beauty for her fifth season with the company. Sleeping Beauty comes to Halifax in April 2016.

“I am especially thrilled to have my former student, Hannah Mae Cruddas, perform the role of Clara this year,” says Leica. “Hannah Mae’s charm and fresh spirit will delight everyone.”

While the dancers and puppets are onstage, more than 40 Symphony Nova Scotia musicians are beneath them in the orchestra pit performing the music from Tchaikovsky’s famous Nutcracker ballet.

“I have a very emotional relationship with The Nutcracker’s composer, Pyotr Ilyich Tchaikovsky, and conducting his works is always a very heartfelt experience for me,” says Maestro Bernhard Gueller, who will conduct each Nutcracker performance.

“In The Nutcracker, unlike some of Tchaikovsky’s other works, there’s none of the anguish, but just a selection of glorious music. There are very few serious works that include one hit after another, and the second act of The Nutcracker in particular goes from one musical high point to the next!”

And what can families expect when they come to see The Nutcracker for the first time? “The marvellous thing about this version of the ballet is that it has dramatic and visual appeal for all ages,” says Leica.

Tickets for The Nutcracker are already limited, so order today! Tickets are $15-30 for students and children and $30-55 for adults, HST included, and are available at the Dalhousie Arts Centre Box Office at 6101 University Avenue (open 12-6 pm weekdays), 902.494.3820, or online at symphonynovascotia.ca.

Watch a preview of The Nutcracker: 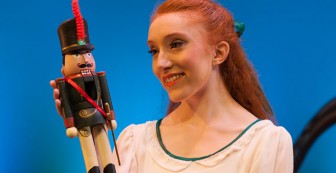 About Halifax Dance
For over four decades, Halifax Dance has been nationally recognized as a leader in dance education and development and continues to be an integral part of the region’s artistic life, educating dancers of all ages, abilities, and communities. Along with core recreational programs for children, teens and adults, Halifax Dance offers a highly recognized pre-professional Intensive Training Program and Inclusive Movement programs for children and youth with special training needs.

With a primary focus on the creation, craft, and production of dance performance, Halifax Dance is known for its long-standing involvement in The Nutcracker (in partnership with Symphony Nova Scotia and Mermaid Theatre), its outstanding pre-professional performance group The Young Company, and many other community performances staged each year. 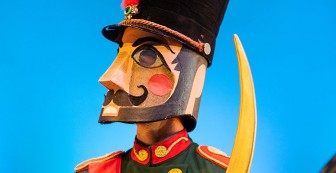 About Mermaid Theatre of Nova Scotia
Founded in 1972, Mermaid Theatre’s unique adaptations of children’s literature have delighted more than five and a half million young people on four continents. The company ranks among North America’s most respected theatres for the young, and has won widespread recognition for its important ambassadorial role. Mermaid regularly crosses North America, and has represented Canada in the United States, the Kingdom of Bahrain, the People’s Republic of China, Japan, Mexico, Australia, England, Northern Ireland, Holland, Scotland, Wales, Hong Kong, Macau, Singapore, South Korea, Taiwan, Vietnam, and Ireland. Mermaid has earned Export Excellence Awards from both Nova Scotia and the Government of Canada in recognition for contributions to the province’s culture and economy, has merited an award for Best Performing Group from the Canadian Arts Presenting Association, and received the Crystal Tourism Ambassador Award from Nova Scotia’s tourism industry leaders in 2008.