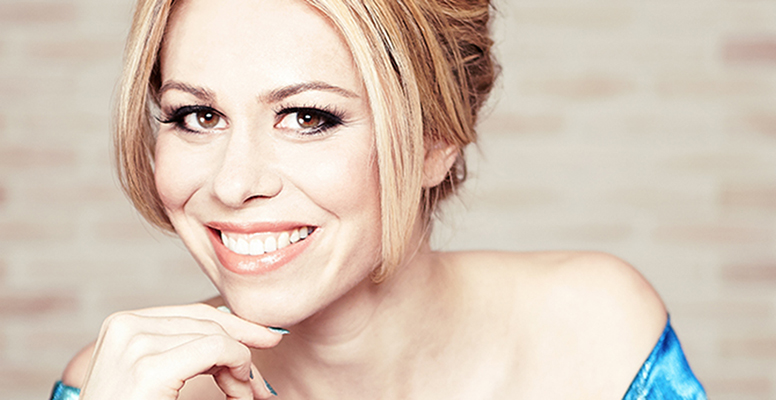 Performances to feature operatic highlights from Mozart’s The Marriage of Figaro and Don Giovanni, Puccini’s La bohème, Strauss’ Die Fledermaus, Offenbach’s The Tales of Hoffman, and many more 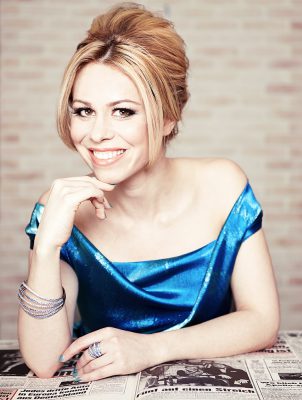 Halifax, NS – Thanks to the generous support of Halifax philanthropists Margaret and David Fountain, soprano diva Daniela Fally comes to Halifax for two rare performances with Halifax Dance and Symphony Nova Scotia on February 17 and 18, 2018.

Daniela Fally is the prima donna of Vienna’s vibrant opera scene. With a storied 10-year career in a multitude of roles at the renowned Vienna State Opera, Fally is “currently conquering the world of opera” (News.at) and is acclaimed by audiences and media alike for her lively, charming, and breathtakingly virtuosic performances.

The duo’s first appearance in Halifax will be as the guests of honour at Halifax Dance’s grand Viennese Opera Ball, happening Saturday, February 17, 2018 at Halifax’s World Trade and Convention Centre. The Opera Ball is a unique and extraordinary performing arts gala that serves as Halifax Dance’s major annual fundraising event, raising funds to support programming excellence and outreach activities. Highlighting the traditions and elegance of the Grand Balls of Europe, the Opera Ball features Symphony Nova Scotia’s full orchestra along with fine dining, ballroom dancing, and a special performance from the National Ballet of Canada.

These two rare performances are made possible through the generous sponsorship of Nova Scotia philanthropists and arts advocates Margaret and David Fountain. The Fountains are well-known for their generosity and passion for arts, culture, education, and the environment, and have been steadfast supporters of Symphony Nova Scotia and Halifax Dance for over 20 years.

“We are so very fortunate to have such thoughtful, generous supporters in our community,” says Chris Wilkinson, CEO of Symphony Nova Scotia. “David and Margaret Fountain’s exceptional sponsorship of these very special gala events will give Halifax audiences two rare opportunities to experience top-tier, internationally acclaimed opera right here at home. We’re very grateful for their extraordinary kindness and generosity in making this collaboration possible, and we know both events will be delightful experiences for our audiences.”

“We are delighted to welcome Daniela Fally to Halifax for this year’s event,” says Gillian Seaward-Boone, Production Director with Halifax Dance. “Her exceptional talent pairs beautifully with Symphony Nova Scotia and the National Ballet of Canada, ensuring that the Halifax Viennese Opera Ball is, once again, an evening of extraordinary artistry and unrivaled elegance. We look forward to welcoming our guests into the brand new Halifax Convention Centre for this memorable event. Halifax Dance is extremely grateful for the continued generous support of Margaret and David Fountain, whose advocacy and passion for the arts in our community is unwavering.

Tickets for both events are available now:

About Daniela Fally, soprano
Daniela Fally has trodden the boards since she was nineteen years of age, at first in straight theatre, later in musical comedy and eventually in opera. She has been under contract to the Vienna State Opera since the 2009/10 season, where she has performed such roles as Zerbinetta (Ariadne), Sophie (Rosenkavalier), Oscar (Ballo in maschera), Rosina (The Barber of Seville), Fiakermilli (Arabella), and as Adele (Fledermaus). Guest engagements have taken Daniela Fally to many other houses, including the Salzburg and Bregenz Festivals, the Bavarian State Opera Munich, the Hamburg State Opera, the Lyric Opera of Chicago, the Opéra national de Paris, the Zürich Opera House, the Semperoper in Dresden, as well as Düsseldorf, Cologne, Liège and Strasbourg. In the 2017/18 season she will make her debut at Teatro alla Scala in Milan.

About Gustavo Quaresma, tenor
Brazilian-born tenor Gustavo Quaresma received his first musical training as a soprano soloist of the boys Choir “Canarinhos de Petrópolis” in Rio de Janeiro. Since his arrival in Europe, he sings regularly in concerts and opera productions, including at the Concertgebouw Amsterdam, the Konzerthaus Berlin, the Konzerthaus Wien, the Concertgebouw Brugge, the Royal Festival Hall London, the Palace of Arts Budapest, the Emirates Palace Abu Dhabi, the Hessian State Theatre in Wiesbaden, the Kurhaus Wiesbaden, the Frankfurt Opera, the Cologne Opera, the Teatro Municipal do Rio de Janeiro, the Monte Carlo Opera, the “Cantiere Internazionale d’Arte” in Montepulciano, the “Belcanto Opera Festival” in Bad Wildbad, the Opera Klosterneuburg, Vienna, and at the Jennersdorf Opera.

About Halifax Dance
For four decades, Halifax Dance has been nationally recognized as a leader in dance education and development. Established as a not-for-profit society in 1973, Halifax Dance is an integral part of the region’s artistic life, educating dancers of all ages, abilities, and communities. Along with their core recreational programs for children, adults and teens, Halifax Dance offers a highly recognized pre-professional Intensive Training Program, a Company in Residence program, and an Inclusive Movement program for children and youth with special training needs.

About Symphony Nova Scotia
Symphony Nova Scotia is Nova Scotia’s orchestra. With a home base in Halifax and performances across the province, Symphony Nova Scotia reaches more than 50,000 Nova Scotians of all ages each year with a diverse mix of concerts, free community programs, and educational outreach. Under the thoughtful and dynamic leadership of Music Director Bernhard Gueller, it is the largest employer in Nova Scotia’s cultural community, and has won many awards, including five East Coast Music Awards for classical music. Visit www.symphonynovascotia.ca to learn more, listen online, or get tickets today!