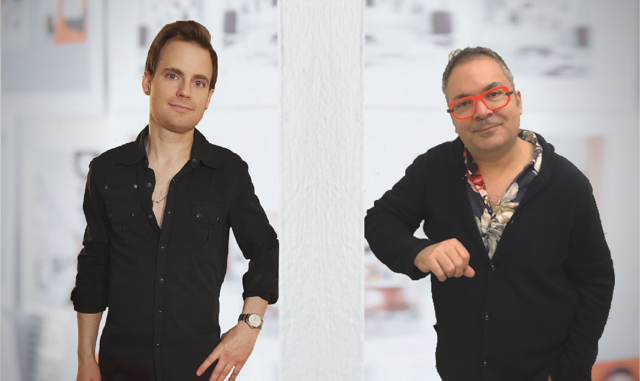 20/20: An Interview with Marc Djokic
By Dr. Gaétan Lang

It is in Montréal that this well-liked violinist was able to define the “Marc” within the Djokic family name. Yet, when Marc Djokic plays at the Cohn with Symphony Nova Scotia on January 16, there will be no doubt that his Halifax roots run deep.

Marc learned Mozart’s “Turkish” Violin Concerto with his dad, Philippe, and in addition to using many of his father’s bowings and fingerings, he will play the piece on the precious Guarneri violin of the Djokic family.

After furthering his violin studies in the United States, Marc moved to Montréal, where he spent the better part of five years playing chamber music with every music student and professional musician he could meet. In the process, he expanded his repertoire greatly and refined his skills while making important new connections.

Marc’s experience of recording music videos opened up his mind to what’s involved in music-making and music-sharing, beyond the obvious act of playing the notes. He values what he gained from that process, and sees that it is important to share this acquired wisdom with other young musicians. His efforts of making collaborative videos of his works for the classical music channel Mécénat Musica Noncerto led him to win the Mécénat Musica Prix Goyer in 2017, Canada’s largest prize for classical music.

In 2018, Marc was named Concertmaster of l’Orchestre classique de Montréal, a chamber orchestra founded in 1939 and one of Canada’s oldest chamber orchestras. Originally known as the McGill Chamber Orchestra, it is a string ensemble of 16 full-time musicians that welcomes and celebrates diversity within its own organization. It also strives to make the cultural experience inclusive and accessible to all. This is a perfect fit for the Halifax native, a soon-to-be father who has always and most naturally applied these principles of inclusion to his own life.