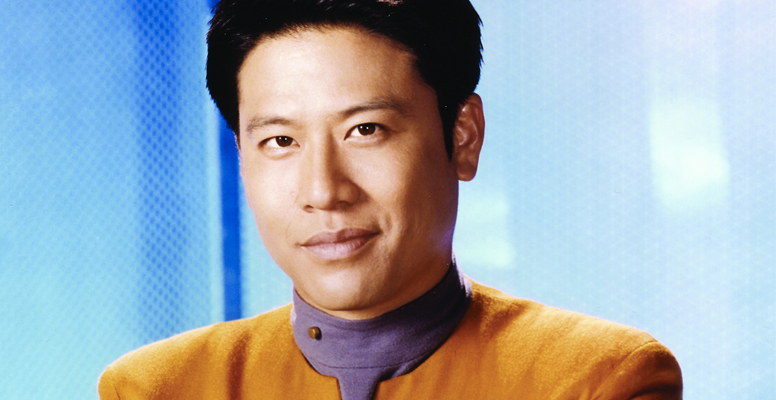 Halifax, NS – Symphony Nova Scotia meets swords, sci-fi, and superheroes in an exhilarating ride through some of the most epic music of all time!

Wear your costume and join the orchestra and special celebrity guest host Garrett Wang (Ensign Harry Kim from Star Trek: Voyager) for a one-of-a-kind musical adventure on Saturday, October 29 at 7:30 pm and Sunday, October 30 at 2 pm at the Rebecca Cohn Auditorium in Halifax.

Presented in partnership with Hal-Con, this blockbuster event follows on the success of last year’s Sci-Fi Symphony concert, hosted by celebrity actor John Rhys-Davies (Lord of the Rings, Indiana Jones).

This year’s event features a brand-new program, including themes from Batman, Harry Potter, Lord of the Rings, Journey, Star Wars: The Force Awakens, and more – performed in all their vast, cinematic splendour by Symphony Nova Scotia’s expanded orchestra.

The concert will be led by rising Canadian conductor Mélanie Léonard, with Garrett Wang serving as emcee. Garrett will provide commentary throughout the concert, sharing personal stories, fun facts, and insight into the concert’s music and composers.

The concert will also feature a Q&A with Garrett and Mélanie, a costume contest with winners decided by the audience, and a post-concert meet-and-greet with Garrett.

“I am extremely excited to return to Halifax to collaborate with Symphony Nova Scotia,” says Garrett. “Being a geek at heart, I look forward to an evening of sci-fi and fantasy music!”

“Sharing the stage with the amazing musicians of Symphony Nova Scotia and John Rhys-Davies was definitely memorable! We could feel the energy and enthusiasm of the audience from the stage. It’s wonderful when all the elements come together like it did – it makes the music come alive on all fronts. I am looking forward to an amazing concert again this year!”

Sci-Fi Symphony is just one part of Hal-Con’s diverse 2016 lineup. Hal-Con is happening November 4-6 at the World Trade and Convention Centre and Scotiabank Centre in Halifax. More details are here.

Tickets for both Sci-Fi Symphony concerts begin at $30 (HST included) and you can save up to 35% by purchasing a ticket package. Tickets are available at the Dalhousie box office, 902.494.3820, or online at symphonynovascotia.ca.

About Garrett Wang, host
Born in Riverside, California to Chinese immigrant parents, Garrett Wang (pronounced Wong) spent his formative years on the move, living in Indiana, Bermuda, and Tennessee. He moved to Los Angeles to attend UCLA where he majored in East Asian Studies and minored in theater. He was especially proud of his portrayal of Michio Tanaka in Wakako Yamauchi’s play, 12-1-A, which commemorated the 50th anniversary of the wrongful internment of Japanese American civilians during World War II. In his first stage performance outside of UCLA, Garrett garnered critical acclaim as the lead in Chay Yew’s controversial play, Porcelain.

For five years, Garrett focused on theater and attempted to convince his Asian parents and relatives that acting was a viable profession as opposed to becoming a doctor as he had originally planned since eighth grade. With his parents finally on his side, he signed with his first talent agent in 1993. Within a year, he landed his first speaking role, guest starring on the first episode of the ABC sitcom All American Girl starring comedienne Margaret Cho. Three months later, Wang was cast in the role of Harry Kim on Star Trek: Voyager. In addition to being a series regular on Voyager, Garrett was named as one of People Magazine’s “50 Most Beautiful People” as well as one of E! Channel’s “20 Coolest Bachelors.”

Since 2005, Garrett has taken an extended break from Hollywood. With the exception of the occasional cameo appearance in random indie projects such as the comedy Unbelievable, Garrett has been focused on traveling the world, working behind the scenes at DragonCon, designing sci-fi/fantasy inspired t-shirts, and relishing the role of an avid NFL Football fan. 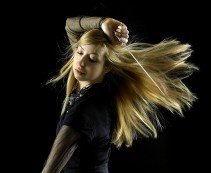 About Mélanie Léonard
Known for her youthful vibrancy and dynamic versatility with musical genres and styles, Mélanie Léonard is increasingly sought after as a guest conductor. She served as Calgary Philharmonic Orchestra’s Resident Conductor from 2009 to 2012 and as Associate Conductor for the 2012/13 season. Starting in the 2016/17 season, she takes on a new role as Music Director of the Sudbury Symphony Orchestra.

A Montréal native, Mélanie illustrates her virtuosity on the classical and jazz scenes. 2007 marked her first of several collaborations with the Montréal International Jazz Festival.

In 2014, she founded the Wild West New Music Ensemble in Calgary, for which she acts as Music Director and Conductor. From 2014 to 2016, she also served as Artistic Director for the Calgary New Music Festival. In addition to her conducting career, Mélanie joined the team of La Croisée des Chemins on ICI Radio-Canada Première in Calgary as music correspondent. In 2016/17, she returns to the Kamloops Symphony, Symphony Nova Scotia, and Thunder Bay Symphony, and makes her debut with the Regina Symphony Orchestra and the Saskatoon Symphony Orchestra.

Mélanie holds a Doctorate in Orchestral Conducting from the University of Montréal, where she studied with Maestri Paolo Bellomia and Jean-François Rivest. She received her Bachelor’s degree in Music Theory from the same university, and completed her Master’s of Music in Orchestral Conducting from the Hartt School of Music (Hartford, CT), where she studied with Maestro Christopher Zimmerman.

In 2012 she was honoured with the Jean-Marie Beaudet Award in Orchestra Conducting by the Canada Council for the Arts.