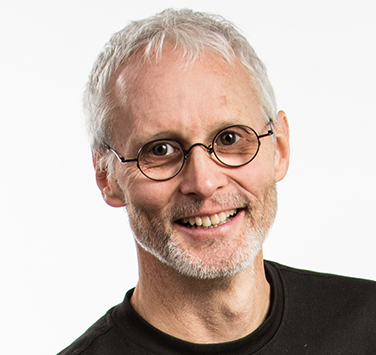 David Parker has been Principal Hornist of Symphony Nova Scotia since 2000. He has been a member of the Kitchener Waterloo Symphony, the Barcelona Symphony Orchestra, the Israel Sinfonietta, and the Quebec Symphony Orchestra. He has also performed with the Toronto Symphony Orchestra, Tafelmusik, the Hamilton Philharmonic, the Boston Lyric Opera, and the Boston Pops Orchestra. He holds degrees in Music from Boston University, the University of Toronto, and Acadia University. His teachers have included Daniel Katzen, Hermann Baumann, and Eugene Rittich. Further studies have included residencies at the Royal Conservatory of Music, Tanglewood, the National Repertory Orchestra, the Los Angeles Philharmonic Institute, and the Pacific Music Festival.

David teaches at Dalhousie University, and Université de Moncton. While on a one-year leave from Symphony Nova Scotia, David was the horn teacher and Centre Director of Sistema New Brunswick in Moncton. He continued his work with Sistema New Brunswick as Brass Coach and Wind Ensemble Conductor upon his return to Symphony Nova Scotia in September 2012.

How did you come to play the horn?
I started playing the trumpet at age nine. After seven years of playing it badly, I decided I didn’t like it. (My parents probably didn’t like the way I played it either!) After experimenting with different instruments including trombone, euphonium, clarinet, piano, and guitar (I only knew three chords), I settled on the horn.

How did you become interested in classical music?
I had the opportunity to hear the Bolshoi Ballet in a rehearsal as a child growing up in my hometown of Wolfville. The next time I heard a live classical performance was when I was eighteen on a trip to Europe. The first concert I saw was with James Levine conducting the Vienna Philharmonic with Itzhak Perlman as soloist in the Musikverein. I was pretty much hooked. (It was a thrill to perform in the Musikverein twelve years later!)

Who’s the person who most influenced you and why?
Both my uncle and my godmother play the piano. I remember as an infant sitting by their feet listening to them play at parties ’til the wee hours of the morning, way past my bedtime (it was the sixties)! I’m sure they both somehow had an influence on my choice of career. (I’m not sure if it was the parties or the music!)

What’s the best part about playing in Symphony Nova Scotia?
Getting to play with Mary Lee!

Getting to live in Halifax and spending time with my goddaughter Katherine.

Knowing my parents are in the audience.

What is something nobody may know about you?
I have had the opportunity to spend six winter seasons on Sable Island. I also spent ten years in the Army.

What are some of your outside interests?
I have exhibited as a landscape and portrait photographer. (It used to pay my rent!) I shot my first wedding when I was eleven. I do Ashtanga yoga and love to swim in the ocean. Apparently I like to dance.