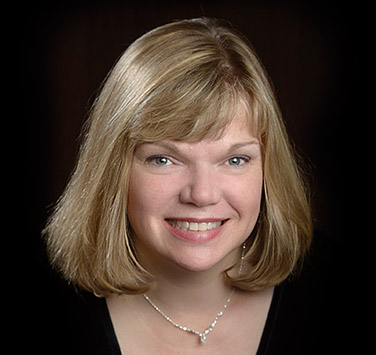 Jennifer Jones was born in Ottawa, but has lived most of her life in Halifax, Nova Scotia. She received her early musical training from Jean Fraser at the Maritime Conservatory of Music, and then continued with Philippe Djokic at Dalhousie University, where she won the first University Medal in Music. Jennifer advanced her studies at Indiana University, under the direction of Josef Gingold, obtaining a Master of Music in Performance and Pedagogy. Two other influential teachers at Indiana were Rostislav Dubinsky (chamber music) and Mimi Zweig (pedagogy). Following her studies at Indiana, Jennifer travelled to France, where she studied with Sylvie Gazeau of the Paris Conservatoire.

Jennifer has a passion for teaching and teaches privately in Halifax and Wolfville. Early in her career, she spent time taking Suzuki teacher training in Kingston, Ontario, where she worked with Helen Brunner-Spira. Throughout her career, she has maintained a busy private studio, and is also a faculty member of Acadia University’s Department of Music. One of her greatest pleasures is coaching members of the NSYO. She has adjudicated exams and festivals, and has been on the faculty of various summer institutes throughout the Maritimes.

Symphony Nova Scotia is where Jennifer devotes most of her energy as she enjoys collaborating with so many fine musicians. Another of her musical endeavours is her widely varied work as first violinist with the Blue Engine String Quartet. The quartet has performed some of the most interesting chamber music performances on the East Coast. They have had many unforgettable experiences, such as private performances for Philip Glass and Dudley Moore and performing with Michael Bublé. In 2005, the quartet, along with singer Cliff Le Jeune, released a CD entitled If It Be Your Will…Songs of Leonard Cohen, and in 2007, the quartet released a CD of Christmas music. The quartet was the core ensemble of the Elizabeth Bishop Legacy Project “I am in Need of Music,” and was honoured to work with Canadian soprano Suzie LeBlanc. The recording received the 2013 ECMA Classical Recording of the Year Award, and the Quartet was thrilled to share the stage with Suzie in Toronto in 2016. In the summer of 2012, Jennifer joined the renowned Rhapsody Quintet as a full-time member, one of the Maritimes most popular musical ensembles.

When not performing or teaching, Jennifer enjoys time with her son Noah, her husband Jamie and their golden retriever, Belle.