“Robert would be right there with me on this.” 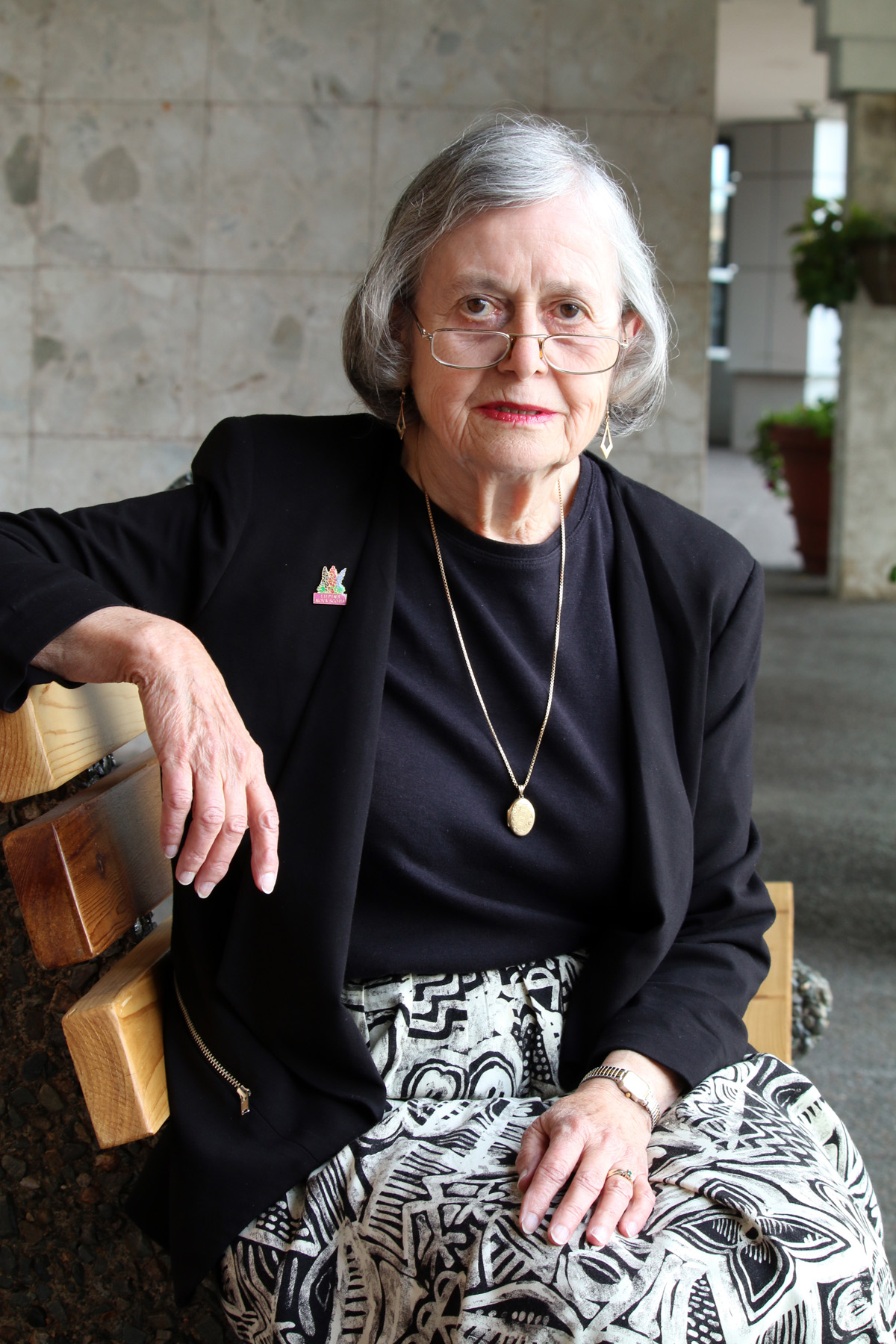 Doris was born in Stellarton, and lived there until the age of 12, when she moved to Toronto. She has lived Ontario ever since, but makes frequent return visits, and Doris is adamant: “I still consider myself a Nova Scotian.”

Doris studied at Victoria College (now Victoria University – University of Toronto), graduating with her Bachelor’s in 1966. After a year in Germany working as a teacher’s assistant, she returned home to earn her teaching certificate. She worked as a high school teacher (French/German) in rural Ontario for about five years, up until her marriage.

Robert Karl Arnold had formerly been Doris’s professor. Austrian by birth, he taught in the Department of Germanic Languages at Victoria College. He enjoyed keeping in touch with his former students, and Doris had corresponded sporadically with him over the years she was away teaching.

Robert and Doris reconnected when she eventually returned to Toronto, and in 1971, they were married. At the time, Doris was 32 and Robert was 40 years her senior at age 72. Settling in Flesherton, a small village outside of Toronto, they bought an old neglected farm and embarked on a new chapter in married life. Over the ensuing years, they worked happily together bringing it all back to life – planting a huge garden and an abundance of trees and building a new farmhouse. Doris says they were a true partnership and worked side-by-side on everything at the farm. “We made the most of everything we had,” she says.

Throughout their marriage, Doris and Robert were also committed philanthropists. Together, they championed music, education, and the environment, and supported many charitable causes related to those. When Robert passed away in 1992, Doris carried on with steadfast dedication to those values.

Doris has supported Symphony Nova Scotia from afar with annual donations dating back decades. In 2015, she notified the office about a gift in her will, and became one of the first members of the Symphony’s Legacy Circle that year.

“I remember back in the days when Symphony Nova Scotia was having a hard time surviving. Then Georg Tintner came along. We loved to listen to the broadcasts on CBC Radio when he was conducting. It was beautiful music. Occasionally Mr. Tintner would make a comment or say a few words about the music in that lovely Austrian accent, and I remember Robert’s face would light up. Listening to the Symphony was something we really enjoyed together.”

“Nova Scotia is particularly important to me. I love it down here. It’s where my heart is. I just want the Symphony to go on and flourish so that others can enjoy it. This is something Robert would have supported.”