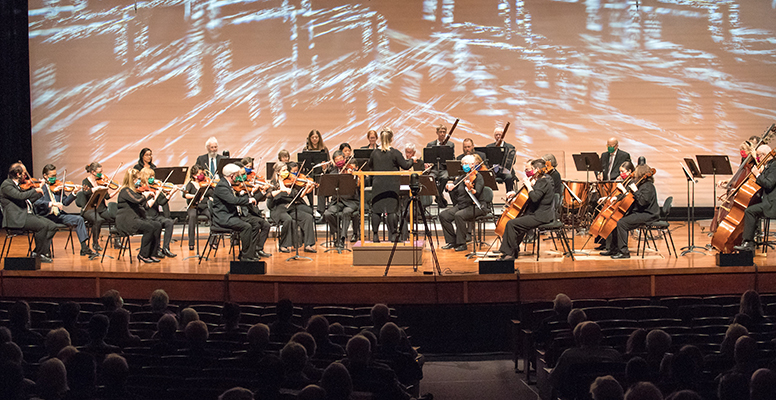 Please note: this concert is approximately one hour in length with no intermission.

This is a concert of real feel-good music – all three works glow in different ways. Bologne’s First Symphony is incredibly dignified and graceful, and its a fun piece for us to play as it’s very intimate and mannered. He was a fascinating man – champion fencer, spy, music teacher, and rumoured lover to Marie Antoinette. His music is reflective of the aristocratic circles in which he moved, and has a sort of flirtatiousness to it.

Next up is the Méditation from Tchaikovsky’s Souvenir d’un lieu cher (Memories of a Dear Place). I really wanted to do something special with our concertmaster, Renaud – he really has such a beautifully nuanced and sensitive style of playing this sort of repertoire, and he’s the kind of musician to really explore every tiny grain of sound and make something beautiful with it. I couldn’t think of a better piece to play with him!

And the Mendelssohn “Italian” Symphony… well… I suppose on the one hand it’s a panacea for anyone missing travel, but I also love the wildness of it. This isn’t an objective, ethnographic reflection on Italian street dances – the final movement in particular sounds like the swirling head of a quietly-spoken German who’s just gotten back to his lodgings at sunrise after drinking far too much Sangiovese and being kept in the dance circle all night at a Sicilian wedding. Something to get the heart pumping and the temperature warm, as the cool fall nights draw in!