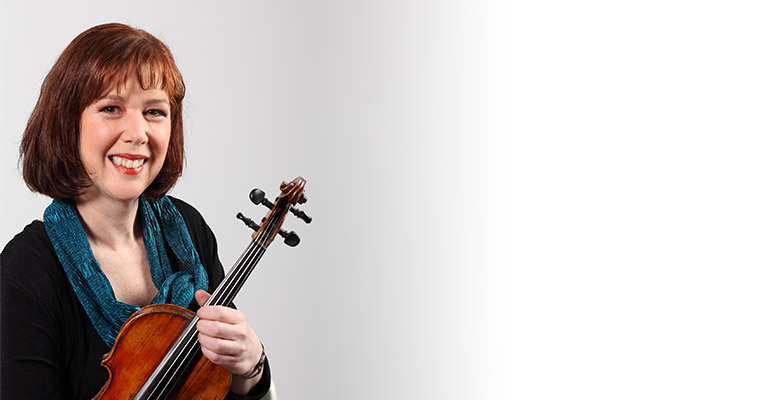 Our violinist Karen Langille gives us the answer:

“Symphony Nova Scotia has earned a reputation for presenting exceptional, historically-informed performances of baroque music. What this means is performing period music while endeavouring to be as faithful as possible to the composer’s original intentions.

As music styles and performance styles have changed, from the 17th to the 21st century, stringed instruments have evolved to meet new demands made upon them. Many changes have occurred because of the change in concert venues, and the necessity to fill larger and larger halls with sound. The “modern” bow we are all familiar with was invented in the 19th century to play the modern music of the time, which called for long, seamless melodies played with a brilliant carrying power necessary to fill the larger venues. Most of the music performed on Symphony Nova Scotia’s Celebrity Series is music of this style. The modern bow is longer and sturdier, with greater tension in the bow hair. This provides greater sustaining ability, and allows for more pressure to be exerted on the instrument by the player, which results in a louder sound.

Baroque bows, on the other hand, were designed specifically for baroque music – music full of spirited gesture, performed in more intimate venues. Baroque bows are shorter, lighter, and more flexible, and have narrower horsehair. This type of bow encourages shorter bow strokes, subtle articulations, and shaping of individual notes, and allows for brilliant articulations of flurries of notes. Sustainability and powerful sound are less important.

Performing baroque music with the equipment for which it was written creates a sound closer to what composers like Bach, Vivaldi, and Handel had in mind when composing. Using baroque bows brings us closer to recreating a baroque composer’s original intentions, and this has proven to be very rewarding for both Symphony Nova Scotia’s concertgoers and players.”